Exeter City signed Thomson in July 2010 from Southampton. Of Trinidadian descent, he is one of the rare players to have represented two different countries at international level.

He began his career at Southampton in 2005 and went on to make his first team debut against Cardiff City in August 2008. He made a further nine appearances for Southampton in the 2008–09 season.

Thomson spent one month on loan to A.F.C. Bournemouth between January and February 2009. Although the clubs had agreed to extend the loan, this was not permitted because of Bournemouth's financial circumstances.

Thomson made four appearances for Southampton in the 2009-10 season. In October 2009, he joined Torquay United on loan for a month. The loan was extended until the end of the 2009–10 season.

He played for the England U-17 team, but in August 2009 it was announced that Thomson would be joining the Trinidad and Tobago squad prior to the FIFA U-20 World Cup.

He was then called up to the senior squad for the last two World Cup 2010 qualifiers against Costa Rico and Mexico.

The midfielder never made a breakthrough into the Exeter league team, featuring mainly as substitute, and had a month on loan with Cheltenham Town in February 2011 where he scored once in five games.

He was released on a free transfer by Exeter in May 2011 and two months later had a two-match trial with Southend United.

Thomson signed for Kettering Town in August 2011 and moved to Forest Green Rovers on loan a month later, the deal becoming a permanent one in January 2012.

In January 2013 Thomson joined Lincoln City on a one-month loan and he returned to Newport County in February 2013. He was released by Newport County on 10 May 2013.

He joined Salisbury City on the 19 August 2013 but left the club in December 2013 after making just six league appearances.
On 14 January 2014 he joined A.F.C. Portchester. 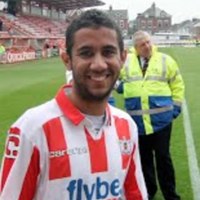 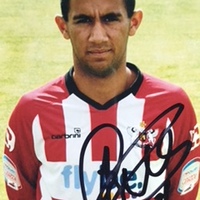