Thompstone started his career with Manchester City as a trainee, signing as a full professional in September 1989.

He scored when making his debut as a substitute (his only game for the Maine Road club) against Middlesbrough in 1988. He also played in the FA Youth Cup Final in 1989 against Watford.

Thompstone moved to Oldham Athletic in May 1990, but he was sidelined with a knee ligament injury and never made a league appearance for them.

He was a regular in the Oldham reserve team in 1991-92, and signed for Exeter City on a free transfer in January 1992.

He made his Grecians’ debut in a 1-1 home draw against Fulham, but he only stayed at St James’ Park for six months before returning north to sign for Halifax Town in July 1992.

His stay at Halifax was a relatively short one as well, netting 9 goals in 31 league appearances, before moving on to Scunthorpe United in March 1993 for a fee of £15,000.

He was to play more games for Scunthorpe than any other club in his career, a total of 60 league appearances, scoring 8 goals, prior to signing for Rochdale in July 1995.

Thompstone stayed at Rochdale for one season, playing 25 league matches, 14 of them a substitute, and scoring one goal.

Scarborough was his next stop, moving there in August 1996, adding 19 league outings and 2 goals. He was released in March 1997 and linked up with Bury until the end of the season, although never played a league game.

Thompstone was appearing for Atherton Laburnum Rovers in 1997-98 and by 2002 was playing for Walshaw Sports in the Bury Amateur League. 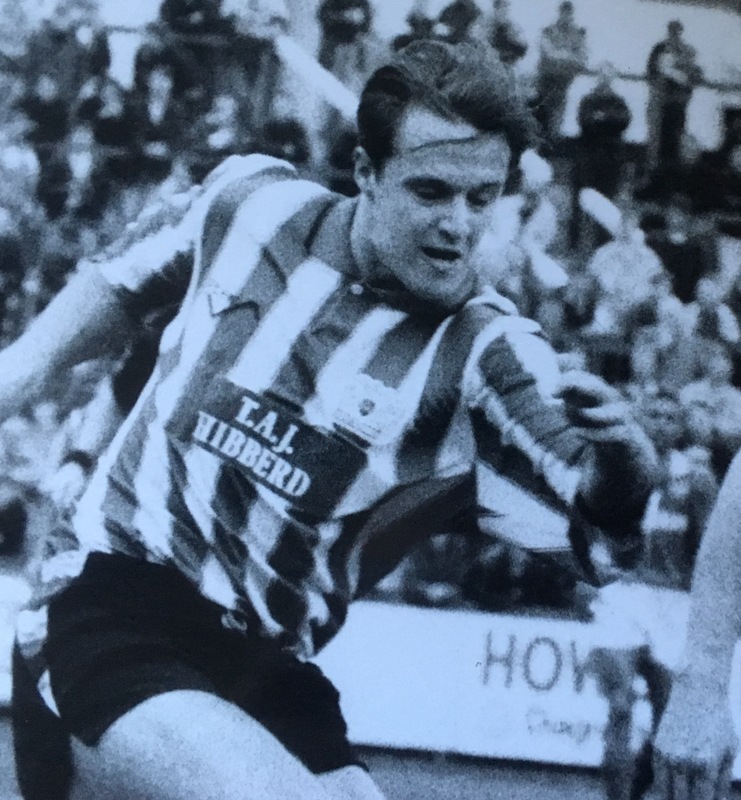