One of a number of youth players to have progressed to the first team in the mid 1990s, Thirlby had signed for Exeter City as a trainee, then gaining a full contract in July 1994.

In 1992/93 he made 11 appearnces and scored 20 goals in the Devon and Exeter Youth League, 9 apperances in the Neville Ovenden Football Combination scoring twice, and played 22 games in the Elliot and Saunders Devon and Exeter premier league scoring 9 goals.

Thirlby, a Northern Ireland youth international, made his league debut for the Grecians whilst still a trainee when introduced as a substitute against Cardiff City in August 1993.

Released on a free transfer at the end of the 1994-95 season he signed for Tiverton Town, but got another Football League chance when moving to Torquay United in February 1997, where he had three matches as a non-contract player.
He then played for Dorchester Town in 1997-98. Thirlby moved to Bracknell Town during the 1997-98 season and in the summer of 1998 joined Woking, as well as working as a part-time van driver. In 2010 he had become managing director of Swindon print company, ESP Colour. 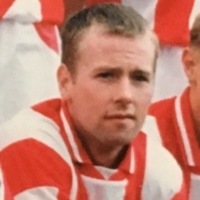 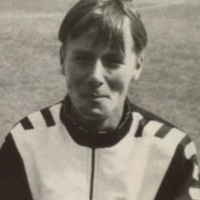 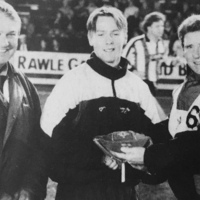 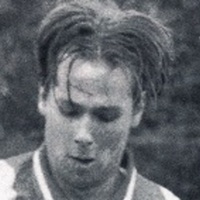