City finished in 4th place having lost only 5 league games.

Two teams from Exeter CITY’s Community Trust’s Premier League Kicks programme were given the chance to participate in a national tournament held in Manchester on Thursday 12th April joining over 500 teenagers from 89 teams as part of the PL Kicks cup. "Players were selected to represent Exeter after regularly attending Exeter CITY Community Trust Premier League Kicks project, which provides FREE sports coaching sessions to young people of ages 8-19 and is delivered over a variety of areas in our community including Wonford, Merrivale, Tiverton & Cranbrook ".

Young people from Wonford, Cranbrook and Merrivale represented the football club on the day in an Under 16s Boys tournament and Under 16s Girls Tournament.

The under 16s Girls had a very successful tournament in which they topped their group, with their most noticeable result being a thumping 5-0 win over Liverpool, goal scorers where made up of Georgie Gresham (1), Erin Romanowski (1), Sophie Gillies (3). The group stages also saw them  record a 2-0 win against West Bromich Albion with Kelsey Salter & Sophie Gillies scoring. The girls then went on to beat Fulham and West Ham in the knockout stages before meeting two times PL Kicks winners Newcastle United in the Semi Finals which they won 1-0. The final saw the Exeter City representatives play Swansea City which ended 1-1 after full time. The game was decided on penalty kicks in which Exeter City won thanks to two great saves from Elena Pearce. 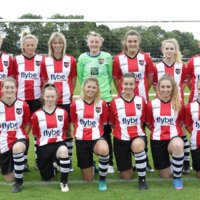 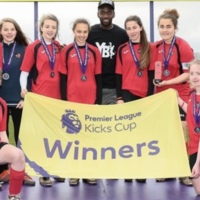 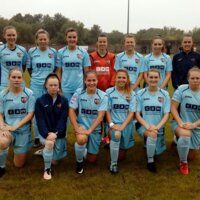