Towards the end of the season Simon Larkins wrote the following in the programme. Exeter City's matchday programme on Saturday The Grecian featured the following article on the club's ladies team. Simon Larkins spoke to manager Adam Grove and first team captain Dani Skinner about the team's season in the Women's Premier League South West Division One and looked at how far the club had come since a turbulent summer in which they nearly folded due to a lack of players.
It was Roman poet Horace who wrote: “adversity has the effect of eliciting talents, which in more prosperous circumstances would have lain dormant.”
You just wonder how fitting that sentence would be in summing up the last 10 months of Exeter City Ladies football club.
They have had a fair bit of adversity to endure – the summer was a turbulent one to say the least. In June, they were without a manager, practically all of last season’s first team had left and there was a real worry the club might fold.
That was when Adam Grove – now the club’s manager – was approached to join a new setup, along with head coach Tommy Wheeldon and director of football Christopher Heaynes.
At the time of their appointment, Exeter City Ladies were only weeks away from the start of the season but there was a lot of work to be done and plenty of players to recruit.
“I was approached in June to be part of the new setup,” explained Adam, who is a UEFA B Licence candidate about to begin his MSc in Performance Coaching.
“I remember the summer and the concern at that time was just about keeping the club going,” he added. “We had three players who carried on from last season into this one, so we had to work hard to recruit a lot of players.”
“During the summer months, we recruited over fifteen players. That was aided through Exeter College, Exeter University and Kings College Taunton. They all assisted the recruitment cause and we took a group of girls from each institution and mixed them in with local players and formed our new team.” The new kit was given to the team before their game against rivals Plymouth Argyle in October.

Dave Grimshaw from Exe Mortgages, who is involved with the local football scene said: “Football is my sport and I coach at Feniton Junior Football Club, where Danni Skinner, who now plays for Exeter Ladies started her football.

He added: “I have known Terry Schofield for a long time so when he mentioned that there was a sponsorship opportunity with Exeter City Ladies then I was only to happy to become involved and support it.” The Development Centre aims to provide an additional provision for talented individuals, in Exeter and across the South West, to pursue in conjunction with their local teams and break through the female player pathway.

Donna Langdon, Women and Girls Development Coordinator at Exeter City Football in Community said: “We recognise the outstanding work of local youth clubs, and aim for the centre to support and expand upon their hard work. The centre provides an excellent opportunity to further develop players, and aid the number of girls progressing through to regular engagement within women’s football.” 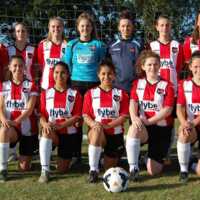 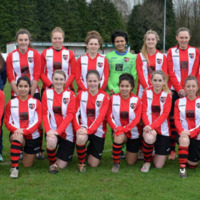