The first season as Exeter City LFC was very successful, the manager, Jamie Vittles leading the the team to  promotion to the South West Combination Women's League, after finishing as Champions of the South West Women's Football League, Premier Division.

The team reached the 4th Round of the Woman's FA Cup, an outstanding feat, with two games played at St James Park


This meant City would get a bye to Round 1 in 2002/03. It was the second time that Exeter City had reached Round 4 of the WFA Cup.

The league apperances and goals includes the 2 games against Okeford, whose record was expunged. And the game against Barnstaple, who did not complete the season. 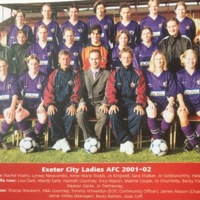 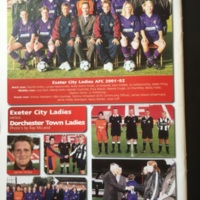 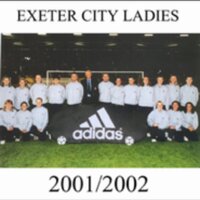