Exeter City Women announced their retained list ahead of the 2019/20 campaign with seven players departing the side which won promotion as champions from the South West Women’s Football League Premier Division last season.

The Club made the following statement
"Exeter City Women would like to thank the players for their hard work and dedication which helped the club to secure promotion last season and wish them the best for the future.

Manager Clive Watts has confirmed which players will be remaining at the club for the new season as they go into the FA Women’s National League Division One South West:

The fixtures for the new season were announced at 12pm on Tuesday, July 16 and have revealed that the women’s side will play their opening fixture at home on Sunday, August 18, 2019. After a number of pre-season friendlies Exeter opened with 4 wins including a 4-3 win in the County Cup against Plymouth Argyle. They then lost at home to Southampton WFC, one of only 3 defeats throughout the season.
Finishing 3rd before the season ended due to Coronavirus pandemic. And still with a Devon Cup game to play. The leading scorer was Abbie Britton with 14 goals, 7 in the league and 7 in the cup.
The Club made the following statement in March 2020.

Exeter City Women’s team have said that they are extremely proud of their achievements this season following the FA’s decision to bring the season to an end.

“The FA and the Leagues within Tiers 3 to 7 have reached a consensus to bring the season to an immediate end and all results will be expunged. This will mean no promotion or relegation of clubs between Tiers 3 to 7.”

It means that Exeter City Women, who play in the FA Women’s National League Division One South West, tier four, have affectedly had a season where they have won eight of their 12 games and sit third in the table, null and voided.

However, their joint manager and player Abbie Britton said: “Whilst we are disappointed that the season has come to a sad end, we are extremely proud of what we have achieved this season. To be sat in third position with half the games played after being promoted last season is an outstanding achievement to the squad, the club and everyone involved.

“There has been no decision made on the, Senior Devon County Cup Final between us and Plymouth Argyle WFC as of yet. We’ll keep you updated when we know more.

“We completely agree with the league’s decision to end the season given the current climate and we fully support the FAWNL. Please remember to keep safe, stay at home and follow the NHS guidelines. From everyone at Exeter City Women FC.”


Table (when the league finished in March 2020) 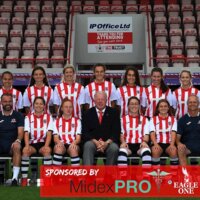 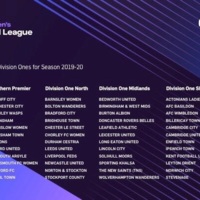 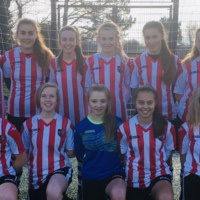