The Club made the following statement in August 2018

Exeter City have made seven new signings ahead of the forthcoming season, with Sian Chapman joining from Torquay United and six other players making the step up from the girls' development centre. Sophie Giles, Ella Mae Miller, Daniela Tyson, Georgie Barbour Gresham, Erin Romanowski and Carmen Morrison have all made the step up from the development centre and have worked hard during a pre-season programme that saw them take on Keynsham Town on Sunday.
Speaking about their progress, Exeter City Ladies joint manager and under-16s girls development centre manager Abbie Britton, said: "It’s fantastic to see the girls stepping up to ladies football, and doing it so well. They’ve had a tough preseason and it's been different to what they are, probably, used too. Physically and mentally it's a big jump, but through the six weeks they have all shown their talent and why that is was why I was keen to keep them involved at Exeter City.
"The younger girls have actually helped the older ones, they have brought a hunger, and a desire to learn and work hard, all the attributes needed to succeed in the women's game and in this tough division. I’m very excited to see them all grow and develop."
Speaking about joining from Torquay United, Sian added: "From the first training session I went to at Exeter City I noticed the desire and ambition from all the girls. They are willing to learn and have such great potential. I want to help this team achieve their potential and I believe we can compete at the highest level. We certainly have every chance at promotion this year and I believe we can achieve that."


Sophie Gillies scoring 50 goals in a season is a club record. Exeter City Ladies' player-manager Abbie Britton says the lessons her young side learned from defeats early in the season was one of the main reasons behind their title success in the South West Women’s Football League Premier Division.

City achieved promotion with a home win over Keynsham Town Development on Sunday thanks to two goals from leading scorer Sophie Gillies and one from Dani Skinner.

However, despite 16 wins from 18 games and over 100 goals scored, it has not been all plain sailing for the Grecians as defeats to Callington Town, in late September, and Keynsham Town Development, in mid-November, had put their aims of promotion in jeopardy as the campaign reached the halfway stage. Since then though, the ladies have won 12 league games on the spin.

“It is an amazing achievement for us as a football club, amazing for the girls because we have got such a young squad and hopefully, it will the first of many good experiences they can have throughout their careers,” said player-manager Abbie who shares her coaching role with joint-manager Clive Watts.

“We had some defeats early on in the season but those loses really taught us a lot about ourselves and as a collective we regrouped and we knew what we needed to work on and we knuckled down and thankfully got that promotion.”

During the course of the season, Exeter, led by captain Emily Toogood, had some cracking statistics: won 17, drew 1 and lost 2; scoring 110 goals and conceding just 23. Georgie Barbour-Gresham found the net 13 times and Sian Chapman added a further 16, but leading scorer was 16-year-old Sophie Gillies who scored a magnificent 43 goals in her first season in senior football.

It means City will move up to the FA Women’s National League Division One South West where they will play the likes of Buckland Athletic, Southampton Women and Cheltenham Town.

“It has not quite sunk in, to be honest with you,” admitted Abbie, whose side have celebrations planned this week before completing their final match of the campaign away at Ilminster.

“Yesterday we had the celebratory party in the changing room, which was great but it is one of our girls’ birthdays later on this week so we are going to go out and enjoy ourselves then.

Speaking about stepping up to a higher league and the challenges that will pose, Abbie added: “It is a big step up for these young girls but I am confident that we will be okay. We played Buckland here at SJP and we did well against them and we played Cheltenham in the FA Cup and took them all the way.

“So yes, we are confident we can compete and our aim next season would probably to say safe, maybe mid-table something like that, and then build upon that the year after.

“Myself and Clive (Watts) have already had a conversation about what we would be looking for (in terms of new players) and we need some experience to help those young girls, players who have been there and done it. Exeter City is certainly the club to be at. The ladies are moving in the right direction, on and off the pitch, and I think that will help us attract that quality that we need.”

In May 2019 Simon Larkins, the club press officer wrote the following:

It is a move designed to modernise the club and bring City’s women’s team in line with clubs such as Manchester City and Chelsea as well as the FA and its affiliated leagues.

Sharon Dixon, an Associate Professor at the University of Exeter who is a member of the Women’s Technical Board and supports the female football pathway at Exeter City, explained the reasoning behind the decision.

"‘Ladies' is associated with behaviour, rather than just being a description,” she said. “The term comes with many negative associations, such as ‘ladylike behaviour’, and ‘ladies don’t sweat’. So by labelling a women’s team as ‘ladies’ you are giving subconscious instructions on how the players should behave.

“It is therefore considered to be patronising to refer to a women’s team as ‘ladies’. ‘Women’ is also a powerful word. For example, you hear reference to strong, independent women, which would not be a description you would hear used for ladies.

“In summary, ‘women’ is the female equivalent of ‘men’, and so is a parallel term, and as such, this is the most suitable term for a football club to use to differentiate between a women’s and a men’s team."

Exeter City Women will start next season in the FA Women’s National League Division One South West, following a successful campaign that saw them win the South West Women’s Football League Premier Division by six points, reach the semi-final of the Devon Senior Cup and get to third qualifying round of SSE Women’s FA Cup. 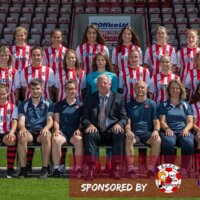 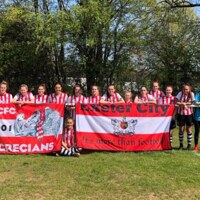 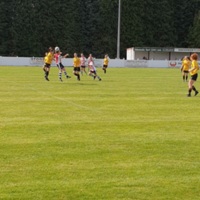 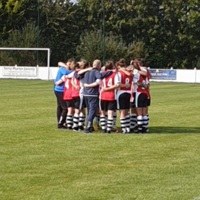 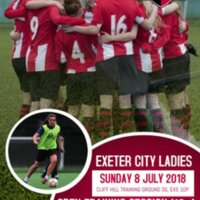