Exeter City had risen up the pyramid, from the newly formed team that was created in 2006, and by 2012 the new team was playing in the South West Combination under the management of Steve Tully. The 2012/13 season was notable for Exeter City, they reached the second round proper of the FA Woman's Cup, on a run which included a 7-0 victory over Brislington, which was played at St James's Park with 150 supporters in attendance. And most pleasingly, City won the Devon FA County Cup with a 4-3 extra time win against Plymouth Argyle in the final at the Coach Road ground, the home of the Devon FA. The Pilgrims had been playing two divisions above the Grecians.

Steve Tully spoke about the season in May 2013.


"We’ve had some good success in the cup this year which brought a lot of good publicity, so we’re really pleased and we’ll push on next year too.” Following a 9-0 win against the University of Portsmouth on the final day of the league season, Steve was pleased with the Ladies’ first season in the South West Combination.  In particular their undefeated performances in derby matches against Plymouth Argyle – including the fascinating 4-3 a.e.t. Devon County FA Cup final victory in Newton Abbot – have given the team some highlights to remember fondly.
“It’s our first time in this league, and I think the girls have done really, really well,” said Steve.  “Obviously we would have liked to have finished higher and been challenging for the top, but for our first season in this league it’s been a really good season.
“To win the cup as well was brilliant; overall I’m really pleased.  And with the games against Plymouth this season, we seem to have moved onto another level – we need to try and use that in other games.”
While a generation of footballers bowed out of the game on Match of the Day on Sunday evening, the day had a similar pertinence for the Ladies, as it also marked the final game in the long career of goalkeeper Max Coupe.
Following 28 years in women’s football – including the past two decades between the sticks – Max finally hung up her gloves, having kept a clean sheet to boot.
“It was a nice way to finish for Max in her last game.  She’s been a great goalkeeper for us – I’ve only known her for the last four years, but she’s been in the game for 20 years as a goalkeeper.  She’s a credit to women’s football, and she’s going to be a big miss – but we’ll try to get her in on the coaching side, and get her amongst the girls as she has all their respect.
“It’ll be a massive void to fill because she’s a great goalkeeper with a great personality, and fully deserves everything she gets.  Hopefully today we’ve given her a good send-off.” 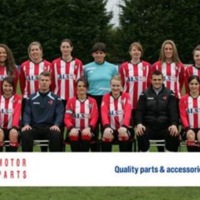 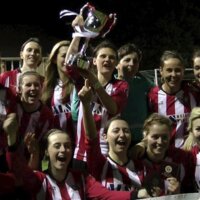 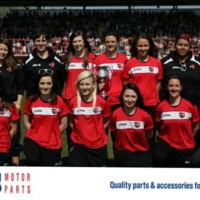