In the summer of 2006, the team were controversionally "taken over" to form a new club (Cullompton Rangers Ladies)


The team were supported by the Supporters Trust who sponsored them by purchasing a brand new kit for the 2006/07, and in the development and maintenance of teams official website. The Grecians had to start in the second division of the Westward Development League. Home games were to be played at St George V playing fields, off the Topsham Road.
The manager Steve McClear said "It was important that people know the Exeter City still have a ladies team".

The 2006/2007 got underway for sixteen teams in the Devon Women’s League on Sunday 3rd September. Dynamo Torquay shot straight to the top of the Premier Division following their impressive 4-2 win over Bideford. Vicky Elliot helped herself to two with Rachel Gue and Caitlin Labajo netting one each for the home side. Barnstaple Town also collected three points with a 2-1 win over Exmouth Town, Jess Pearce scoring a double for the North Devon side. Dawlish Town and Totnes & Dartington battled out a 3-all draw in the third Premier Division game. There was only one game in Division One due to the late withdrawal of Chaddlewood Minors and both Rolle Rockets and the University of Plymouth still on summer vacations.
Last season’s fourth placed Exeter Rangers started off the season strongly with a 4-1 win over Feniton with goals from Mandy King. Helen Wells, Sarah Godbeer and new signing Elizabeth Allan. The five new teams accepted into the League were all in action in Division Two.
Exeter City C.O.E. and Ivybridge Town scored five goals a piece to make them joint leaders of the new Division. Gabby Stoneman put two past Lamerton with Siobhan Aslett, Namoi Watkins and Mandy Earle finding the back of the net for City without response. Kate Binmore and Sarah Smith both helped themselves to doubles in Ivybridge’s first victory of the season, Nikki Caunce adding the home team’s fifth. Lauren Wallinger scored both goals in Old Suttonians victory over Combe Martin with Katie Mason putting away a hatrick in Torridgesids’s 5-1 win over newcomers North Prospect Rangers.

An Under-21 women's international in November 2006 was arranged between England and France. Nearly 5000 fans turned up, at that time the U-21's were lucky to have crowds over 1500. The game ended in a 1-1 draw and Steph Houghton, scored for England. City's COE under 16's made up the majority of the squad.

The season started with a spectacular set of results with 5 straight wins and 32 goals scored and only one conceded.

It was a very successful season. And proved to be the start of the club's rise up the pyramid, and by 2012 the new team was playing in the South West Combination under the management of Steve Tully.

Meanwhile at Cullompton Rangers LFC formerly  known as Exeter City L.F.C, were formally granted a name change by Devon FA in 2006. They played their home matches at Speeds Meadow, Cullompton, Devon.
In 2011 the club folded when the manager was forced to leave and a replacement could not be found. 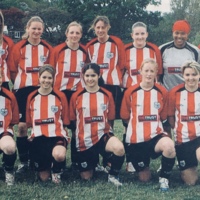 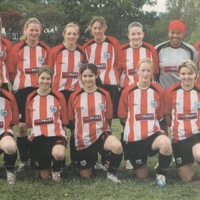 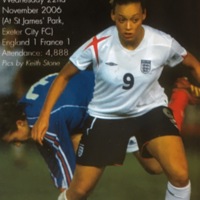 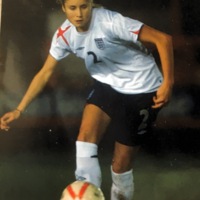 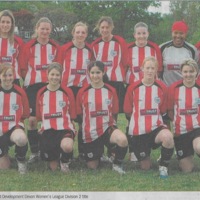 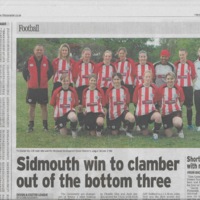