Last season proved difficult  with the team struggling to finds its feet, but they managed to find their form near the end of the season and avoided relegation.

Yeovil were missing some senior players and so youngsters were given a chance under the lights at Cullompton's ground.

The game was an excellent one and Jasmin Reed and Melissa Meadows both did well in the centre of midfield for Yeovil and Sophie Currie also put in an encouraging performance during her first full game.

It was Exeter who took the lead in the 20th minute after Yeovil had more of the play, but came back when Kayleigh Nardiello headed home Emma Manley's corner. But it was Exeter who went into the lead just before half-time.

Despite Yeovil dominating the majority of the second period, the Glovers just could not force the ball in and gain a share of the spoils.

In March 2004, the men's first team match against Leigh RMI was designated for a :-

"Today sees a special promotion under the Nationwide Building Society's 'Supporters of Tomorrow' scheme. Before the game and at half time, you will see Exeter City's Ladies teams both playing and training on the pitch.

Hopefully some of you will have brought along daughters, taking advantage of the Express & Echo's kids for free offer or have received tickets from the Ladies team or our Football in the Community team.

Ladies and girls football is progressing, both in numbers and skill, dramatically fast and, particularly with the Trust's all inclusive community views, Exeter City is pleased to be able to support and endorse the Nationwide's efforts in the continuing development of this side of football.

If you want to get involved, there are two people to contact at Exeter City Ladies. Steve McLear is the manager or the team captain Jo Goldsworthy." Exeter started well, winning 3 matches against local rivals, but the loss of a number of key players was followed by a dip in form and the Grecians struggled for the rest of the season.

With a couple of disappointing results at the end of the season, the team was relegated back to the South West Woman's Football League Premier Division.

Simon Hayward formed a reserve team that played at Sidmouth Town AFC, they played in the Westward Development Women's League Division 1, and were Champions.
Results


League Winners in their first season

Congratulations went to Exeter City Reserves who became champions of the Devon League Division 1 in their 1st season of existence! It was fantastic achievement for a team with an average age of 14/15 and only 3 players with any previous league experience. The championship was taken in style with a 17-0 away win at bottom of the table side Rolle Rockets and with Exeter having one home game remaining. There was a huge well done to a great set of players, a fantastic management team and to all those behind the scenes who made the achievement possible.

Exeter Reserves Reformed as ISCA VIKINGS  However the following season the reserves reformed as Isca Vikings even though they won the Westward Development Devon Division One league  with the teams average age being 15 - and were growing from strength to strength. With twenty players in the squad, Isca entered the FA Cup and had been drawn away to Alphington. 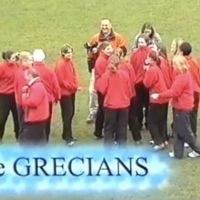 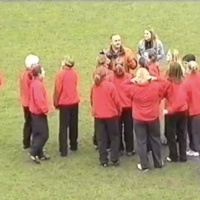 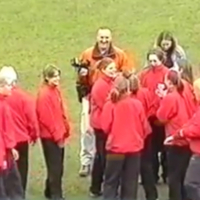 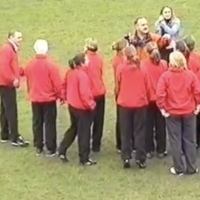