In 2004/05 Exeter started the season In the South West Women's Football League Premier Division.
The team was managed by City finished the season in 5th place having won 10 of the 20 league games played. It may be that the matches were not completed.

Congratulations go to the Exeter City Under-15 Girls team who are the 2004/5 ISCA Girls Football League Champions and will be receiving their medals on the pitch this evening.

The girls had a great season under the guidance of coach Galvin Short and finished unbeaten having overcome opposition from teams including Exmouth Town, Totnes Town, Cullompton Colts, Dawlish United and Moreton Spurs.

A special treat for two of these girls, Caitlin Short and Gabby Stoneman, came when they were chosen to be ball girls at Sunday's FA Cup semi-final.

Most of the girls have come through the Exeter City Girls Development Centre run in partnership with Exeter City Council, Football in the Community and Active Devon. The Centre runs weekly coaching sessions for elite player at U12, U14 and U16 level.

Development Squad Head Coach, Kevin Hack is delighted at their success and is sure there is more to come. He said: We are now seeing the results of having a structured coaching programme for girls football in Exeter. These girls are becoming talented players and will hopefully go on in future years to become the core of the Exeter City Ladies team. The really exciting thing is that we have got even more talented girls coming through the younger age groups.' The Exeter City U13 girls have also had a very successful season playing in the Isca League. 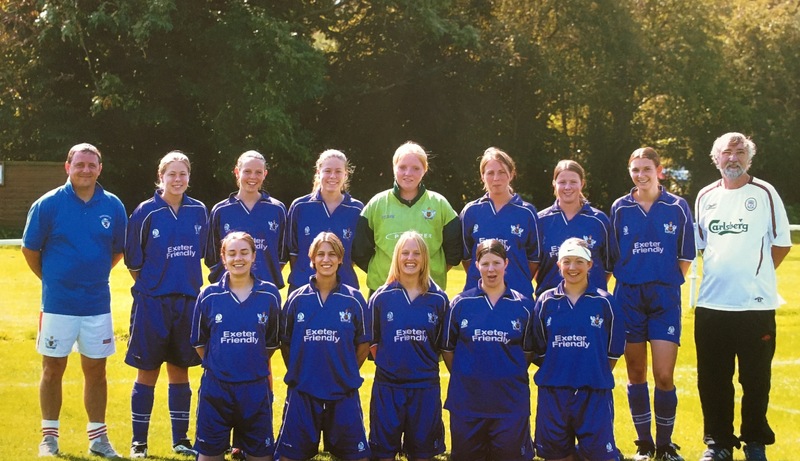