A total of 31 teams competed in the South West League during the 2010/11 season.


Champions Gloucester City has been promoted to the South West Combination while Falmouth Town and Keynsham Town Development move up to the Premier Division. Last season's runners-up Saltash Utd will now be known as Marine Academy Plymouth LFC.

Five new teams will compete in the league - Ilminster Town, Salisbury City and Swindon Supermarine enter the Eastern Division while Charlestown and Exeter City take their place in the Western Division.

Exeter City started the season in the South West Women's Football League Western Division 1 with a win at Bude.

Exeter had been drawn at home to Keynsham Town Development in the First Qualifying Round of the FA Cup and "the game was to be a huge test for the Devon side against a team playing in the division above them in the South West League."

Steve Tully's side won promotion from the Westward Developments Devon League at the end of last season and they have started well in their new league, sitting in third place in Western Division One after a fine victory over Marjons Old Suttonians, one place above them. Exeter City celebrated their third promotion in three years and a Cup victory at the end of another hugely successful campaign.

Having finished second in the table, Steve Tully's side were told in late April that they'll be playing in the Premier Divison next season as the South West League Divison One Western, winners Plymouth Argyle Reserves cannot go higher than their current level. The add injury the Greens Reserve side had been beaten a week earlier by Exeter in the Bristol SoccerWorld Cup Final by 3-2 after extra time. The team came very close to a treble, only losing the County Cup Final on penalties against Marine Academy.

Steve was "really pleased with promotion" after his team were only beaten once all season, and that was in September. He commented further "Having finished 2nd in the league we've been promoted again because Plymouth Reserves can't go higher than level 5. But we take it however we get it so it's onwards and upwards and I keep saying that to the squad. Next season will be even harder for the team but they are looking forward to the chance to test themselves. We've played a team higher up in the FA Cup this year and done well and we only lost on penalties to Marine Academy in the Cup Final, a team two leagues higher than us, so we have given a good account of ourselves. There is nothing to be scared of next season and the team believe that."

Steve was really enjoying his role as manager of the successful Women's side and he spoke of his desire to move into management when his playing days are over. "I'm doing my Level 2 B licence in the Summer so we'll see where that takes me. I love it and think I've got a lot to offer on that side of things. I want to see where it takes me after that"

In their first match on the 23rd of October the team beat Yeovil Town 4-1 with goals from Marika Ghiglia (2), Rachel Gobley and Sam Burnham.

Seven days later on the 30th of October they beat Gloucester City 6-2 away from home with goals from a hatrick by Sophie Lou-Simpson, two goals from Beth Wills and a fantastic header from captain Meg Griffiths.

The development centre was continuing to provide a supply of talented and technically gifted players for the first team. Many of the current 1st team squad had come through the ranks of the Centre and some of the U-16's were already training with the 1st team. The continued improvement was obvious from the progress of the 1st team. It was a vindication of the Club , the Supporters Trust (the club's owners) and the City Council's decision to support a local development centre following the Football Association's decision to focus their funding on a single Devon Centre of Excellence in Plymouth.

From the Exmouth Journal in May 2011

Played for the Exeter City under-16 side, who had a strong Exmouth influence, in May 2011 in a 6-a-side tournament in the Bishops Lydeard.

"On the way to the trophy the Grecians played five games in a tournament format that meant the group winners were to be crowned champions.

The Grecians first game saw them draw 0-0 with the host’s first team and they followed that with a 4-0 success over Berrow Juniors and a 3-0 victory over Yeovil Town. In the two wins, all seven goals were scored by Marika Ghiglia. City’s good form continued with a 2 - 0 win over Bishops Lydeard Reserves goals coming from Hayley Worsley and Dani Garland. This was followed by a 0 - 0 draw with Shepton Mallet where Garland was mighty close to netting on a number of occasions.

Exeter once again received good comments about their performance and the style of football they played." 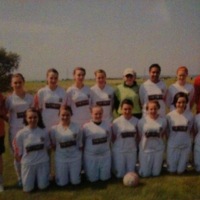 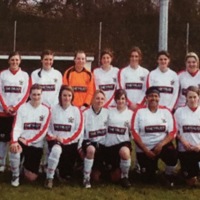 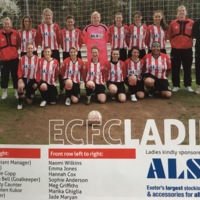 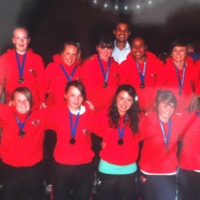 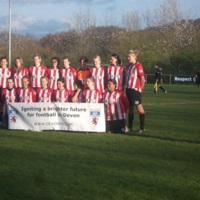 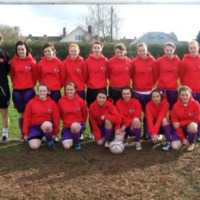