Previously a junior player with Newcastle United, Alan Sword signed professional forms for them in September 1951.

He didn’t make a league appearance for Newcastle, however, and in September 1953, moved to Exeter City.

Mainly a reserve team player whilst with the Grecians, in 1955/56 he was the leading scorer for Exeter City's Southern League side with 13 goals despite being injured for the a lot of the season.

Alan made his Football League debut, after a long wait for his chance, against Queen’s Park Rangers at Loftus Road in February 1956. He featured in nine consecutive matches and scored four goals, three of which came in the 6-1 home win over Crystal Palace.

He turned down a move to Bideford in January 1957, but a month later signed for Bridgwater Town on a free transfer plus 50% of any future transfer fee received for the player. He was leading scorer for Bridgewater in 1957-58 and signed for Bideford in June 1959.

The following season he was playing for Heavitree United. 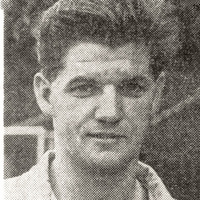 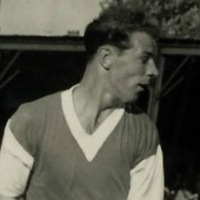 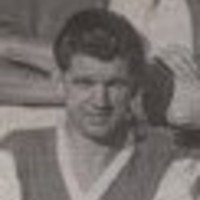 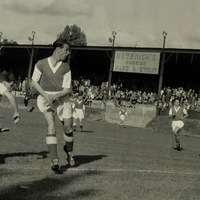 Hi there. I just wanted to say that i really like what you have done with this website, tons of great information.

I do want to point out that the close up image you have used here for Alan Sword is incorrect. When you open the image up you will see a player heading the ball on the left side of the image. Thats Alan Sword.

I do have a few other images for you of him if your interested including a team picture from 1955.

Im just not too sure how to go about attaching them here as there doesnt seem to be an option. Please advise and Ill gladly forward them. I also have a number of match programs that I can scan to PDF from 55-56 both reserve games and league if you like.