Signed on amateur forms as an 18-year-old in 1938 from his local club, Chudleigh, Sutherley played in the last nine matches of the 1938-39 season, making his debut at Aldershot in April 1939. He also scored once in a 1-1 draw at home to Queen’s Park Rangers. He played all 3 games in the aborted 1939/40 season for Exeter, and 5 games for Torquay United in the war time football leagues in the same year.

Unfortunately his career came to halt due the Second World War and by May 1945 he was stationed in Colchester with the R.A.F.

He did, however, play two games for Exeter in 1945-46 in the Third Division South (South of the Thames).

After his demob, Sutherley signed for Penzance in 1948 and played for them for several seasons, ending his career as a left-back. Whilst living in and playing for Penzance he also became a prominent cricketer for the local club. He was still with them for the 1957-58 season. 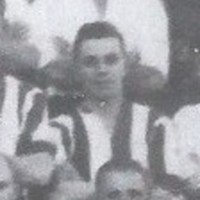 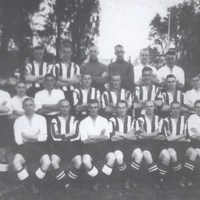