Steele started his playing career as an apprentice with Shrewsbury Town, gaining a full contract in December 1985.

He went on to feature in 61 league matches for the Shrews, scoring five goals.

He was transferred to Wolverhampton Wanderers in February 1989 where Steele added a further 75 league outings, netting 7 goals.

He also had a spell on loan with Stoke City in February 1992, scoring once in seven games.

Steele joined Bradford City in August 1993, but only featured in 11 league matches, before making the move to Hereford United the following January.

Never a regular in their side he eventually totalled 32 league appearances for them, scoring twice.

Steele signed for Exeter City on a free transfer in August 1996 and he went straight into the side lining up in the opening game of the season against Mansfield Town at Field Mill.

During his stay with Exeter, Steele played a number of matches as a full-back, rather than his more accustomed midfield role.

In July 1997, Steele joined Tamworth, where he stayed for five years, and briefly managed the team after the departure of Paul Hendrie. 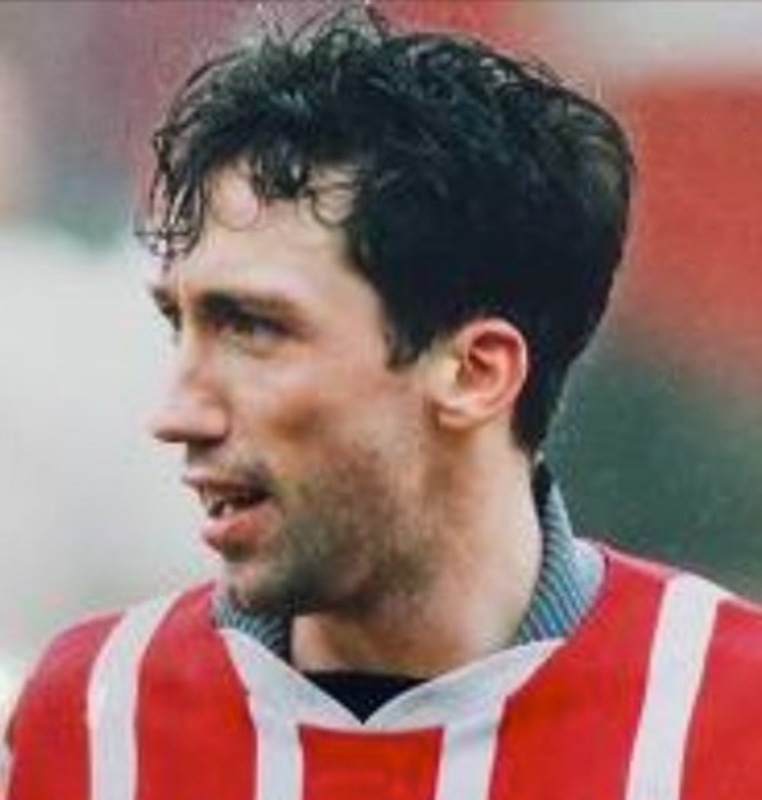