Hedley was originally signed in 1972 from Tiverton Town on Amateur Forms and developed in the newly formed Reserves side. He signed a two year full time contract for the Grecians in July 1974.

Making his debut, ironically against his ‘hometown’ club Barnsley, at Oakwell on 17th August 1974. His first team appearances were hampered by a stress fracture that sidelined him for 3 months. The following season was again blighted by injury and it was of no surprise he was released in the Summer of 1976.

A brief spell at local club Elmore ended when former City Manager, Brian Godfrey persuaded him to sign for Weymouth in 1984.
The following season he was joined by former City players, Peter and Martyn Rogers and they all stayed there until 1987.

There followed a season at Gloucester City before a move back to Tiverton Town in 1988.

This was the start of the period which really made his name in the non-league world, notably with Tiverton Town, Willand Rovers, Elmore, Topsham Town and Cullompton Rangers. Various Titles & Cups plus a Wembley appearance followed by being awarded the Non League Player of the Year Merit Award 1993
His regular playing appearances didn’t end until his early 50’s

He combined some playing with management of the Devon County Senior side and managed a Tiverton Town Youth Team that disposed of our Youth Team in the FA Youth Cup. That prompted a three season spell coaching in the Exeter City Centre of Excellence before being appointed manager of Mid-Devon club Bickleigh in November 2009.

He resigned twelve months later and immediately became assistant manager at Tiverton Town.
He left the club in March 2013 along with manager Mark Saunders.

He then returned to Willand Rovers coaching staff, and late in the 2013/14 season even made a brief substitute appearance for Rovers at the age of 60, possibly the oldest player ever to make an appearance in Western League football.

He had a further spell managing Cullompton Rangers but now makes regular appearances in the Devon County Veterans League.

Hedley's record for Exeter City is as follows:-
7 Appearances, 6 in the league against, Lincoln City (A), Barnsley, Doncaster,Mansfield,Reading,
and Darlington (H) plus 1 Lge Cup against Swansea.
He made 1 appearance as a substitute against Rotherham. His only goal for City was scored against Darlington. 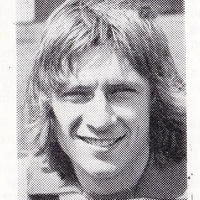 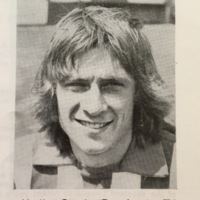