Womens football got underway in this country as a direct result of the 1966 World Cup Competition, when women all over the country decided it was time to break into this male dominated sport. Nearly 10 years later in 1974, a group of Exeter City supporters formed what was to become Exeter Ladies Football Club


In Devon and Exeter


The Devon County Women's League started it’s first competitive season with six teams. They were: Exeter City, West-Exe, Lympstone, Nat.West Bank, Torbay, and Tiverton. Although strictly a women's league it was, perhaps not, strange to note that only two women, Trina Lake and Sandra Battishill held places on the executive committee.

Trina, who played for Tiverton, at that time, later to play for Exeter was the League's fixtures secretary and Sandra who was a secretary of Nat. West Bank SF.C. was  the League's financial controller. The other positions were held by men.

Tiverton Town shared the men's pitch, as did Westexe, with the Westexe men's club; Lympstone made their home at Budleigh Salterton, while Torbay played at Brixham. Exeter City, used the Wyvern Barrack’s ground in Topsham Road where they played Sunday afternoon games. The Nat West Bank played at Duckes Meadow. Salmon Pool Lane.

It was hoped that following season a few more teams would join the league, as Polperro and Chard have shown an interest. 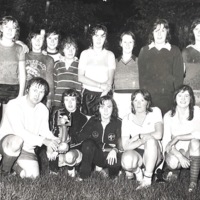 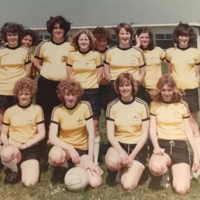 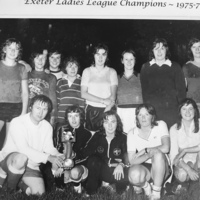