Damian Spencer played six matches for Exeter whilst on loan from Bristol City, a club he had started his career with as a full professional in June 2000, having previously played for Windsor and Eton. His Grecians debut was in a 1-0 defeat at Plymouth Argyle in March 2001.

He signed for Cheltenham Town in August 2002 where he scored 35 goals in 224 league outings. Spencer also played on loan with Brentford during the 2008-09 season.

Spencer signed for Kettering Town in the summer of 2009, but moved on quickly to Kidderminster Harriers on loan in November 2009.

He joined Aldershot Town, again on loan in February 2010, but the deal was made a permanent one five months later.

The striker joined Eastbourne Borough on loan in January 2011, and then signed for Grimsby Town in June 2011. He moved again in March 2012, joining Windsor F.C.
In February 2013 Damian was playing in the Cheltenham League Division 3. 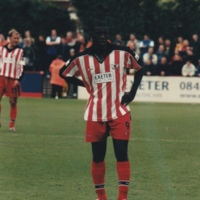 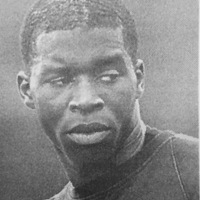 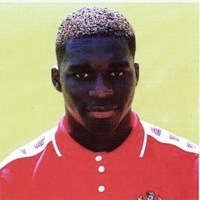