Exeter City announced the emergency loan signing of goalkeeper Jökull Andrésson from Championship side Reading on the 26th of October 2020.

Due to injuries to first team goalkeepers Lewis Ward and Jonny Maxted, Andresson's transfer was ratified by the EFL and he went straight into the squad for the  Sky Bet League Two match at Leyton Orient on the 26th of October. He will joined initially on a one-week loan.

The 19-year-old 6'4" stopper, who was an Iceland Under-17 international, played above his age category to make six appearances between the posts for Reading Under-18s during 2017-18 and played on loan at Hungerford Town during the 2018/19 season.

Jökull wore the 24 shirt and made his debut on the same day he signed in a 1-1 draw at Leyton Orient.

After his, debut Jökull said he was   "Pleased to make my professional debut, dreams do come true, I would like to thank Exeter City for this opportunity"

He had helped City to a 1-0 win over Carlisle -on the 30th of October in their eighth game without a loss as they went fourth in League Two.
"He's got a personality which says 'it going to be me and I'm going to out myself forward'," Taylor said.
"As a goalkeeper you've got to keep that personality throughout your career because you get judged on those moments."
Jokull played 6 league games, 2 matches in the FA Cup and one Football League Trophy match.

After Exeter had beaten Gillingham in the FA Cup, Jokull's last game he wrote the following:-

"My time is now up with Exeter City, I just wanted to thank the manager, all the staff, all the players for the wonderful time that I had, thanks to all the fans for the lovely messages.. Couldn’t be happier to end it on a massive win.All the best for the rest of the season"

The Icelandic keeper came back to Devon, until the end of the season on the 29 January 2021
The club reported the following at the time

“Exeter City are delighted to announce that Jökull Andrésson has rejoined the Grecians on loan from Reading until the end of the season.

Jökull made nine appearances for the club on an emergency loan earlier in the season and made a huge impression on the City faithful in his short time with the club, before he returned to Reading.

In a strange coincidence Jökull played against us on Tuesday night for Morecambe, where he was also on an emergency loan.
The manager, Matt Taylor said

"We are absolutely delighted to welcome Jökull back to the club and he is a player we know well. We tried to get him earlier in the month but we were made to wait. He effected us positively the first time round and it's absolutely great that he's back."

Jökull played his first match on his return away to Carlisle United on the 30th of January. By the end of the season

He returned to Reading at the end of his loan spell, and then in July 2021 Morecambe re-signed him on a season-long loan deal. The 19-year-old made two appearances during an emergency loan spell with the Shrimps last season. After which he joined Exeter City where he made 23 appearances for the Grecians.

"It's a league higher now for me as well so I'm just really happy to be pushing myself and going up to the next level," he told Morecambe's website.

Reading reported the following on the 6th January 2022

"We are pleased to announce that goalkeeper Jokull Andresson has been called up to the Iceland senior squad for the first time.

The 20-year-old stopper, who is currently on loan at League One side Morecambe, will travel to Antalya in Turkey this weekend, ahead of a double-header of friendly fixtures against Uganda and South Korea on neutral ground."

29 in the league plus 1 Foootball League Trophy and 2 FA cup matches. 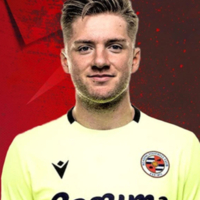 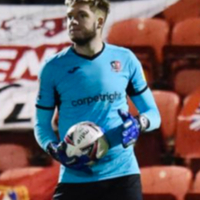 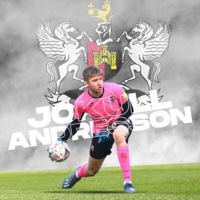 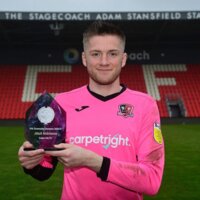 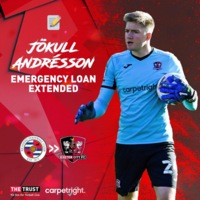 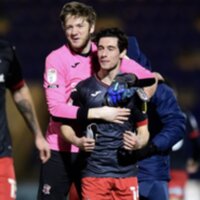