After playing for Scottish junior team, Burnbank Athletic, Smith joined Norwich City in 1930 and in three seasons with the Canaries he made 98 league appearances, scoring one goal.

Moving to Exeter City in March 1934 as part of a transfer deal that took Harold Houghton in the opposite direction, his debut came against Bristol Rovers at St James’ Park the following month.

Remaining at City for one more season, Smith didn’t win a regular place in the side, although he played regularly for the reserves in the Southern League in 1934/35, at the end the season he signed for Stenhousemuir. 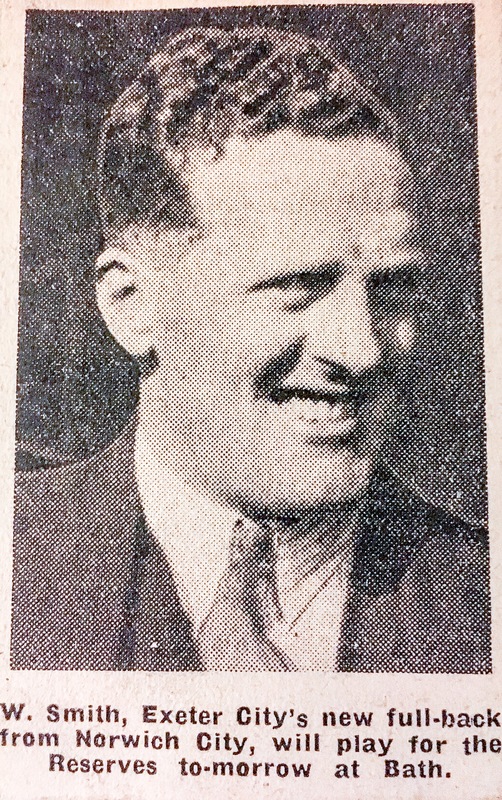