Kevin Smith started his career with Cambridge United as an apprentice, signing a full deal in November 1982. He went on to play in 38 league matches for them, scoring four goals.

He was transferred to Exeter City in October 1984 making his debut at home to Chester City. He notched his first goal for the Grecians in the next game in a 4-3 win at Colchester United. At the end of the season though, despite having played fairly regularly, Kevin was released and he chose to stay in the area and signed for Torquay United in July 1985. After one season at Plainmoor, when he scored one goal in 23 league appearances, he signed for Dawlish Town, whilst taking up employment as a postman in Exeter.

A prolific scorer with Dawlish, he then joined Exmouth Town, where he continued his goalscoring exploits.

Kevin signed for Tiverton Town in 1990 and in eight years with them netted an incredible 300 goals, being the clubs top scorer for five of those seasons. He was the captain of the Tiverton Town side that reached Wembley and won the F.A. Vase in 1988. He left the club at the end of the 1997-98 season and later played for Alphington Town.

Kevin became joint manager at Budleigh Salterton, but left there in September 2009 to take on the same role with Exeter Civil Service. He left them in June 2010. 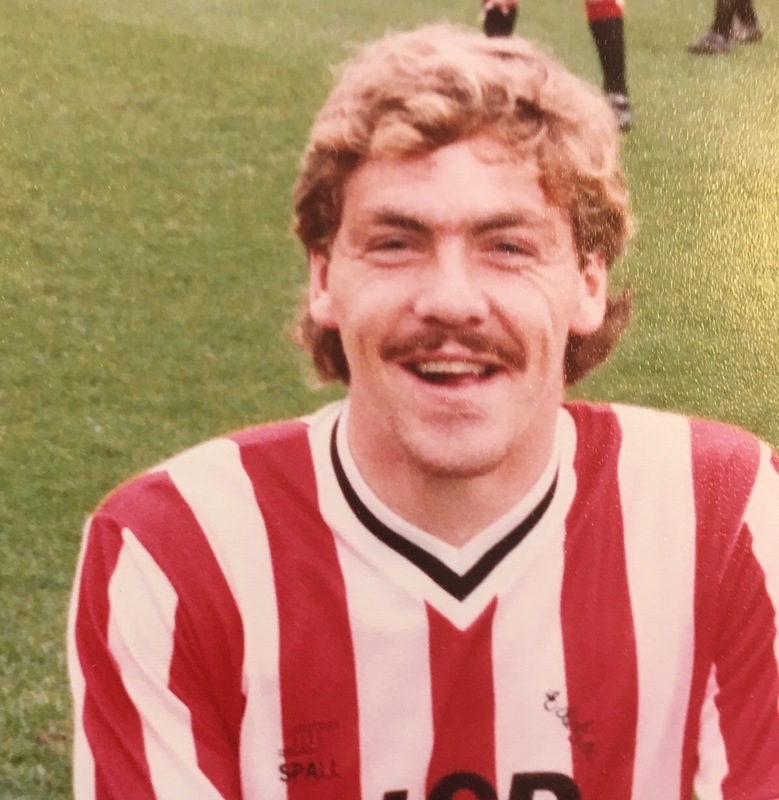