David Adekola proved to be something of a ‘Walter Mitty’ character arriving in English football claiming to have played for Nigeria as an international and various clubs in Europe. Much later though, this was found not to be true, however, this much travelled player has become something of a cult hero, at clubs such as Bury and Bath City!
He first appeared at Bury back in 1993, where he scored 12 goals in 35 appearances.

He signed for Exeter City on loan and made his league debut for the club as a substitute in a 2-1 victory at Hartlepool United in February 1994. He was to make a total of one full and two substitute appearances for the Grecians. Adekola made himself popular amongst City supporters when he netted against Plymouth Argyle in his second game for the club, but alas it didn’t prove to be enough as Exeter lost 2-3 at St James’ Park. Returning to Bury, he then signed for Wigan Athletic for the 1994-95 season, but quickly moved on after four games to sign for Hereford United and then Bath City.
Despite making just nine appearances for Bath he earned the nickname of ‘Pepsi’ or ‘Cola’ and made quite an impression on the supporters at Twerton Park. Since then he has played for Cambridge United (1995-96), Brighton & Hove Albion (1996-97), Bishop’s Stortford, then onto Billericay Town for the start of the 1998-99 season.

Next stop was Slough Town in August 1999, and the following season he was playing for Hendon. In May 2005, Adekola finished runner-up to Craig Madden in a vote for Bury's "Cult Hero" organised by the BBC show Football Focus. 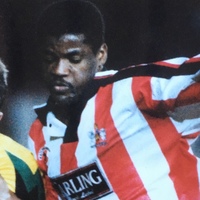 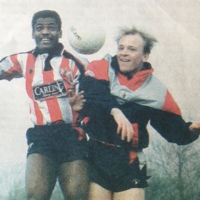