He moved to Shildon Athletic before joining Middlesbrough, but he was unable to ‘break’ his way into their Football League side.

He was transferred to Newcastle United in 1912 for £30 and went on to play just once for them, his League debut being against Arsenal on 25th January 1913.

Stationed nearby with the Royal Garrison Artillery, Alderson played wartime games for Crystal Palace and it was because of that he moved there from Newcastle for a fee of £50 in 1919.

He was a great success at Palace, then a Southern League team, and continued to be so when they moved into the Football League Third Division in 1920.

He played his part in the promotion winning team of 1920-21 and also caught the eye the following year in the Second Division.

This earned him a full England international cap as he played against France in May 1923.

He moved to Pontypridd in 1924, having played 150 league games for Palace, but returned to league football in 1925 with Sheffield United, playing 122 league games in four years.

Exeter City signed the then 37-year-old keeper and he made his debut for the Grecians on the opening day of the season - 31st August 1929 - at St James’ Park against Luton Town.

He featured in 36 consecutive league matches for the Grecians before losing his place to Tom Holland.

After just one season at the Park, Alderson moved on to Torquay United, but he never played a first team match for them and he later joined Worcester City, before returning ‘home’ for a second spell at Crook Town where he ended his playing days.

He was a man described as being gifted with a rich humour, and excelled at both sprinting and rowing.

He had a passion for playing quoits and was a turn in Music Hall at one time.

Alderson greatly amused City spectators in a pre-season trial match whereby he threw the ball up and punched it nearly as far as the halfway line on several occasions!

John died on the 17th February 1972 in Sunderland. 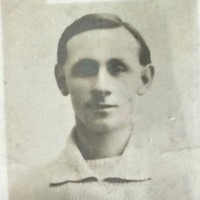 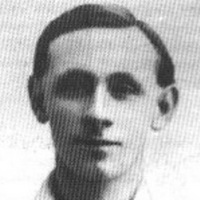 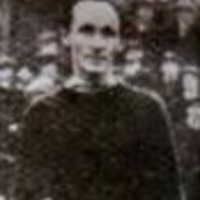