Ralph Allen was playing for Dipton United when he signed for Fulham in 1928. After 8 goals in 16 games for Fulham he moved to Brentford in March 1931 for a fee of £275. He failed to make much of an impression at Brentford scoring 4 goals in 13 apperances in the 3 seasons he was there.
Ralph scored more than 100 goals for Brentford’s reserves and showed his worth before he left the club to move to Charlton Athletic in October 1934 for £650.

In June 1936, Allen moved on again, this time to Reading for a fee of £820, but moved to Northampton Town in October 1936 after only 10 league games in which he scored seven times. He stayed for just over two years at Northampton, scoring 41 goals in 52 games, before moving to Torquay United in November 1938 in exchange for Jack Haycox. He scored on his United debut, netting the only goal in a 1–0 win away to Bristol Rovers on 12 November, and remained a regular for the rest of the season. As throughout his career, Allen was scoring regularly (top-scoring with 15 goals in 28 league games) when the Second World War began and drew an early close to a career that started late and saw Allen score a total of 122 goals in 171 league appearances

A guest player for Exeter during the 1944-45 season, Allen was serving with the Royal Marines at the time. He made his debut for the Grecians in a 2-2 draw against Plymouth Argyle in January 1945. 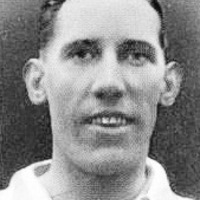 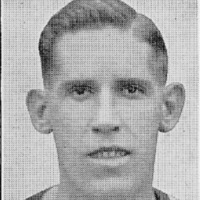 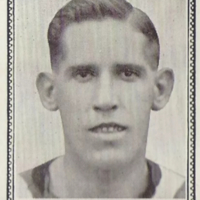 Ralph scored more than 100 goals for Brentford’s reserves and showed his worth when he moved to The Addicks in 1934. At Charlton he averaged almost a goal a game, scoring 47 goals in only 52 league appearances. He still holds the Charlton record for league goals in one season, 32 in the 1934-35 season that saw The Addicks run away with the Division Three South title, a feat made more impressive by the fact that he didn't join them until October.

Is this possibly Bryn Allen

During the war, he joined the RN where he served on board the Duke of York, he took part in a football match at Sacrpa Flow against a team from the French ship Richelieu.