Alfred played for Hawkton Juniors as a youngster and whilst he was with that team they won the Ramsbottom and District League and the Manchester Junior League.

He then played for Hyde United, before getting his Football League opportunity with Newton Heath (later to become Manchester United), in the Second Division. He made his Manchester United debut against Gainsborough Trinity, 2nd September 1899. And made 10 appearances during the 1899-1900 season, scoring one goal.

Stockport County gave him Football League chance by signing the player in 1906, and in his only season with the club he made 24 league outings.

Exeter City signed Ambler in the summer of 1908 and he appeared in the club’s first ever professional fixture in the Southern League against Millwall on 2nd September 1908. He made 35 Southern League appearances for the Grecians in his first season at St James’ Park, and the following season added a further 21, before being released and re-joining Colne. 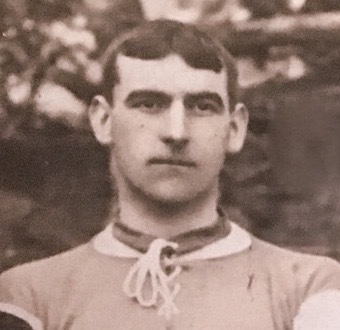