Commenced his stay in English football with Northampton Town after he had been signed from Partick Thistle in June 1953, where he had spent two years after joining from Scottish junior side, Benburb.

He scored five goals in 14 league matches for the Cobblers, prior to moving to Exeter City in July 1954.

City had faced competition to sign the player who chose the Grecians in preference to Bradford Park Avenue, Grimsby Town and Accrington Stanley.

After making his debut for City in a 2-0 defeat at his former club, Northampton, in August 1954, he struggled to win a regular starting berth in the team and only made seven league appearances before being released on a free transfer, joining Dundee.

Anderson was back in the Football League in June 1956 when he was signed by Wrexham, where he enjoyed his best playing spell, going on to feature in 98 games, scoring 27 goals.

He joined Rochdale in July 1959, but a year later he had moved on to Chester. He ended his playing career back at Wrexham, whom he rejoined din August 1961, playing just one game for them.

He later joined the coaching staff at Wrexham. 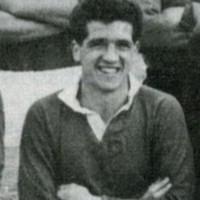 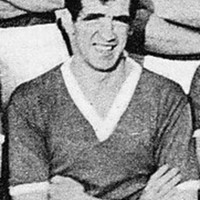