Myles Anderson ( the son of football agent Jerome Anderson) started his career with Leyton Orient, moving to Aberdeen in January 2011.

In March 2011, Anderson signed a pre-contract with Blackburn Rovers, effective from July 2011. He joined Aldershot Town on loan in August 2012. In January 2013, Myles left Blackburn after having his contract terminated by mutual consent, leaving the club without having made a first-team appearance.

He signed for Exeter City three days later. He played twice for the Grecians before being released.

In August 2013, Myles signed for Italian club Monza. After a season at Monza, he joined Lega Pro side Pro Patria on loan. After six months on loan Myles moved to Serie A side Chievo. By July 2015, he returned to Lega Pro, leaving Chievo for L'Aquila. In January 2016, he joined fellow Lega Pro side Lupa Castelli Romani on loan for the remainder of the season.

Myles signed for Barrow in October 2016, before moving to Torquay United in February 2017. He signed a new contract with Torquay in June 2017.

He signed on loan from Chester in November 2017. After his contract with Torquay was terminated by mutual consent on 5 February 2018, he signed a permanent deal with Chester three days later.

After leaving Chester, he signed for Hartlepool United in May 2018. H signed a new deal with Hartlepool in May 2019 with Pools boss Craig Hignett describing him as a "model professional".

Myles signed for Aldershot Town on loan on 25 November 2019, but was released from his contract at the end of the 2019–20 season. 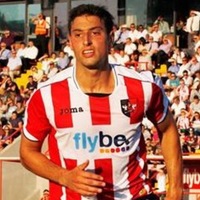 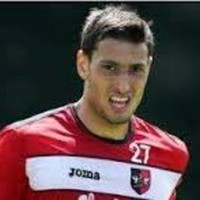