On signing for Exeter City in the summer of 1929, Armfield was described as being a spry, sprightly outside right, who was extremely fast and a master of the art of confident ball control, sending in accurate centres.
He had signed professional forms for Aston Villa in February 1922, after being spotted playing for local side, Ellisons. His first team opportunities were strictly limited at Villa as he netted twice in 12 league matches.
He made his Exeter City debut in a 2-0 defeat at Brentford in November 1929, but unfortunately sustained a bad shoulder injury at Fulham in January 1930, which kept him out for the rest of the season. The following season he won a regular starting place and was a member of the City team that reached the quarter-finals of the FA Cup, as he scored nine goals in 34 league matches.
Armfield enjoyed one more season (1931-32) at the Park before leaving to sign for Gillingham, where he added another seven goals in 30 starts.
He then played for Brierley Hill Alliance in 1932-33, but unfortunately his career came to an end after sustaining a serious leg injury in a pre-season game in August 1933, which led to its amputation following complications. Despite the handicap, Armfield went on to work as a shop salesman and was a keen bowls player and cyclist.
He made a return visit to St James’ Park in July 1954 whilst on holiday in the area. 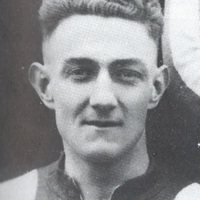 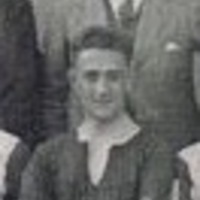