Having spent eleven years with the Bristol City Academy, first playing for them at the age of seven, Frankie Artus progressed through the various teams to reach the reserve team, as well becoming captain of the under-18 side. He was signed on loan by Exeter City manager Paul Tisdale in time to make his debut for the Grecians in the opening game of the 2007-08 season, a 4-2 win at Altrincham in the Blue Square Premier League.

Frankie went on to feature in 10 matches for the Grecians returning to Bristol City after a two-month spell at Exeter.
In August 2008, he was off on loan again, this time to Brentford, where he eventually made his Football League debut. He then joined Kettering Town on loan in January 2009 and moved to Cheltenham Town on loan two months later. His loan travels continued as he linked up with Chesterfield in January 2010.

Frankie  was released on a free transfer by Cheltenham in May 2011 and signed for Grimsby Town two months later, he was released on 2 May 2013 after playing over 50 games for the Mariners.

In June 2014 he signed for Bath City, and in 2020 he started with the Romans, having made in excess of 130 apperances for them.

After 6 seasons with The Romans Frankie signed for Swindon Supermarine in June 2021. 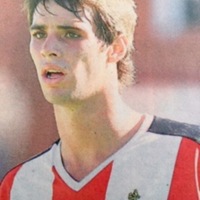 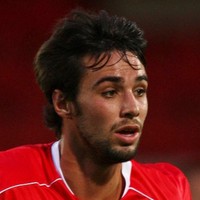