Mike signed a full contract with the Grecians in August 1965, having been on amateur forms for the previous three months.

He made his debut as a centre-forward, but he was to become known as a defender, although did play up front occasionally.

A one-club player is a rare event these days, but Balson was certainly that, Mike played as a half- back for Exeter City Youth against Bristol City Youth on 17/5/66 in the Wessex League Cup Final.

He made his debut for Exeter City first team in the penultimate game of the 1966-67 season - a 2-2 draw at Bradford Park Avenue. He retained his place in the following and final match at home to Notts County.

An uncompromising defender, Balson served the Grecians through until the 1973-74 season totting up over 300 league and cup appearances.

At the end of that season he was released by City, but surprisingly did not play for another club in this country at senior level, despite the fact he was still only 27years old.

Instead he headed for South Africa and Johannesburg where he appeared for the Highlands Park club.

He returned to England in December 1976 and then signed a one-month deal back at Exeter City, although he never made a first team outing.

He then took his family to Atlanta, United States, in 1979 to play for a professional soccer team called the Atlanta Chiefs, owned by media mogul Ted Turner.

Since then he has been a coach, an official and has been inducted in the United Soccer League and Officials Hall of Fame.

There surely cannot be another former Exeter City player, who on hanging up his boots, later commenced selling sausages in America! For this is exactly what ex-Grecian defender Mike Balson did.

Balson, who descended from a long line of English butchers, finally brought the family sausage recipe to the States.

"I grew up in the butcher shop in Bridport and as far as I can remember I was making sausages," Balson said. "My dad taught me when I was about 5 years old and in those days you had to make them by hand."

Balson, who works for Angel Food Ministries, decided to sell the "bangers" in the U.S. as a part of the organisation's ministry and from there started an online store in May 2008.

"What we do (at Angel Food Ministries) is start up churches with a food ministry," Balson said. "One day I was looking at the sausages and they just didn't look very good and I said we could do our English sausages.

“We got the authentic recipe; we got permission from my brother who runs the butchers shop in Bridport."

RJ Balson & Son of Bridport, who claim to be England's oldest family butchers, made 500,000 pounds of sausages for Angel Food Ministries.

Now Mike and his son Oliver Balson, a professor at the University of Arkansas, are focusing on their Web-based business.

Balson stated that there is a big difference in the sausages that Americans eat compared to English sausages, starting with the taste.

The sausages are sold by the pound on www.buybangers.com, which is five sausage links per pound.

Mike died on the 30th May 2019, and this was obituary,
"Michael John Charles Balson, 71, of Bridport, England, passed peacefully from death to life in Jesus Christ on May 30, 2019 from complications associated with Lewy Body Dementia. His final days were spent surrounded by his loving wife, children, and friends. There will be two memorial services held to celebrate his remarkable life, one on June 15 in Orlando (4pm, Banfield Funeral Home, 420 FL-434 Winter Springs, FL 32708), and one on June 22 in Atlanta (2pm, HM Patterson & Son, Oglethorpe Hill Chapel, 4550 Peachtree Rd NE, Atlanta, GA 30319).

Born Sept. 9, 1947, Mike is the oldest child of Donald & Joan Balson. He is survived by his wife, Julia, his children, Melanie and Oliver, his mother, Joanne, and siblings, Richard, Christina and Jane, and his five beloved grandchildren; Sydney, Sierra, Maddox, Zoe, and Judah.

Mike enjoyed a happy childhood in Bridport, where his father owned and operated R.J. Balson & Son, the family butcher shop, which has been in operation since 1515, most likely the oldest butcher shop in the world. He spent time helping in the butcher shop and enjoying cricket, water polo, rugby, and football (soccer). He captained the football team at Colfox school, was the youngest player ever to play for Bridport FC, joined the Exeter City youth team, and was selected to the England Schoolboys team. In 1963, at age 17, he signed as a professional for Exeter City Football Club. From 1963-1974, Mike played over 300 matches for the Exeter City first team, during which, he was awarded his English F. A. coaching license and captained over 200 matches.

In 1974, Mike signed for Highlands Park FC and relocated to South Africa until 1979. He was selected to simultaneously play and coach the team for 3 years, kept a record-breaking run of 44 games unbeaten, and won the South African Cup three times, the League Cup three times, and the Coca Cola Cup twice. Perhaps his biggest accomplishment during his time in South Africa was his pivotal role ending segregation in professional football by building an inter-racial squad.

In 1979, Mike signed with the Atlanta Chiefs of the North American Soccer League and relocated to Atlanta, GA with his young family. He would ultimately dedicate his career to promoting the game of soccer in the Atlanta area. During this time, he played against some of the world’s greatest players, including Pele, George Best, & Franz Beckenbauer. He coached at Georgia State University for 3 years, developed coaching programs for new coaches, and worked with the Special Olympics. In 1982, Mike was player/assistant coach for the Georgia Generals of the ASL, and from 83-85, coached at Dekalb Jr College. In 1986-87, Mike played his final pro season for the Tampa Bay Rowdies, capping off a 25-year career.

From 1985-1990, Mike focused on player development, coaching, & private camps. His passion for the game resulted in the renowned “Mike Balson’s Soccer Academy,” the very first indoor/outdoor soccer facility in the Southeast. The Academy produced and developed much of the best young talent in the game, including the “Steamers,” a top club in Georgia, and several U.S. national players. Mike’s successful coaching career continued for many years with numerous club teams, including Georgia Perimeter College from 1993-1996.

From 1990-2001, Mike continued to promote the game as Assistant Commissioner for the USISL professional league. He was responsible for developing new team franchises on the East Coast, working with the MLS to identify talented draft candidates, setting league regulations, and resolve conflicts. From 2001-2003, Mike served as General Manager of the Atlanta Silverbacks, rebuilding a team to a +500-record focusing on signing local talent.

Mike’s love for the game, vast experience as a player and coach, active lifestyle, and his calm disposition made for a natural transition into the world of refereeing. While he began refereeing in the early ‘80’s, the 2000’s saw his most prolific period as a referee in the SEC & ACC. In the post season, Mike had the honor of refereeing the 1999 NCAA Div. 1 Women’s College Cup Final and the 2002, 2004, and 2005 NCAA Div. 1 Men’s College Cup Finals.

As a player, coach, and referee, Mike always personified professionalism and respected the game, his players, opponents, and colleagues. Apart from all of Mike’s professional accomplishments and honors, it is perhaps his character and influence on so many people that will be remembered the most. He was a man of strong faith who loved his Lord, his family, and others. Mike & his wife Julia spent over 30 years ministering to prisoners in Atlanta, GA and also spent 20 years ministering to youth at Georgia Regional Hospital.

Known by many as the “Golden Eagle, Mike approached soccer the same way he did life itself: with patience, kindness, wit, humility, and respect. He was a bridge builder, collaborator, and friend to all. He expected and pulled the best out of people, while always giving his best. He faced every obstacle with dignity 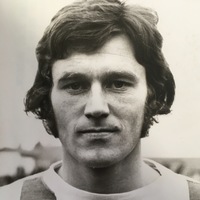 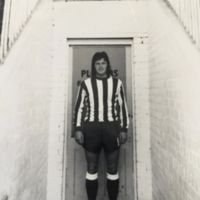