Barnard made his Football League debut for Portsmouth, where he had previously been an apprentice.

After signing a professional contract in October 1976 he went on to feature in 79 league games, scoring 8 goals. He also had a loan spell at Peterborough United in March 1982.

The midfielder joined Swindon Town in July 1982 where he became a regular first teamer, scoring 22 goals in 217 appearances.

It was during his time at Swindon that he had a loan spell with Exeter City, joining the Grecians in February 1985.

Barnard went straight into the City team to make his debut against Southend United at St James’ Park.

His most memorable game for the Grecians though was against Wrexham a couple of weeks later as he netted both the goals in a 2-0 win at the Park.

Returning to Swindon, Barnard was to regain his first team place, and remained with them until signing for Cardiff City in October 1989.

After leaving Cardiff, Barnard later played non-league football for Stroud and also played in a trial match for Gloucester City. 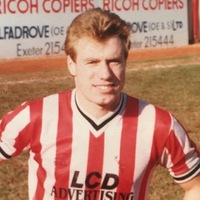 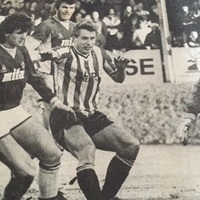