Having at one time played for the Exeter City youth team in 1980-81, Barrett spent most of his playing career at local level, and will be mainly recalled for his time spent appearing for the successful Exmouth Town side of the 1980s.

He left Exmouth to sign for Conference side Cheltenham Town, after the teams had met in an FA Cup tie and Barrett had impressed, as did Mark Gennard and Tony Stuart who also made the same move. In 1995/96, Mike was playing for Crediton United.

However, with City in the midst of a goalkeeping injury crisis, Barrett, who had been signed on non-contract forms from Liskeard Athletic, stepped in to the first team to make his debut against Darlington on 17th December 1994.

Barrett retained his place for the following three matches against Torquay United, Hereford United and Scunthorpe United respectively, before Peter Fox was deemed fit to continue in goal. 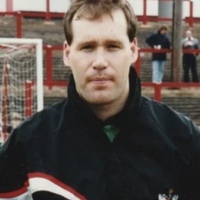 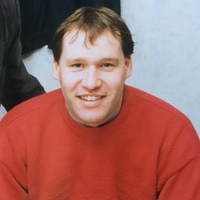