Exeter City manager George Roughton faced a good deal of competition for the signature of Bartholomew with several clubs after the half-back, including Irish League side, Shelbourne. But he signed for the Grecians in May 1947, having previously played for Motherwell. Bartholomew was signed by Motherwell from Rutherglen Glencairn.

His City debut came in the opening game of the 1947-48 season when Walsall thrashed Exeter 4-0 at Fellows Park. Bartholomew became the side’s penalty taker and he netted twice from the spot in his first season at the club.

In the summer of 1948 he was working in the building trade along with his City colleagues, Cyril Johnstone and Doug Regan. He scored one of Exeter City's fastest ever goals, against Barnet on the 4th of December 1948, in an FA Cup game at home, Barnet had not touched the ball when he slammed the ball into the net in under 10 seconds.

Despite being a regular in the side he was allowed to sign for Bournemouth & Boscombe Athletic in August 1949, although that didn’t prove to be a great move for him as he never featured in a league match for them.

He then signed for Newport County in June 1950 making just three league outings for the Somerton Park outfit.

Living in Exeter, Bartholomew became the landlord of the Lamb Inn, Exwick in April 1959, where he helped form a local youth football team which was based at the pub. He left the pub in May 1964 and worked as a machine minder for £18 per week. 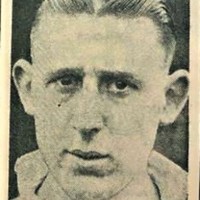 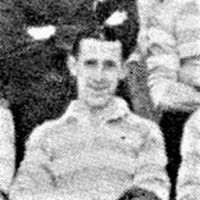 Bartholomew was signed by Motherwell from Rutherglen Glencairn.