A member of the Exeter City Fourth Division championship winning squad of 1990, Batty had begun his playing career with Swindon Town where he was an apprentice. He signed a full contract in January 1982 and completed 108 league appearances, scoring seven goals by the time he left the County Ground.

Batty signed for Chesterfield in July 1985, but it didn’t prove to be a good move for him in terms of playing first team football as he only added a further 26 matches to his career tally.

Exeter signed Batty in July 1986, and he immediately won a first team place, in manager Colin Appleton’s side, making his league debut for the Grecians in a 1-0 home win over Orient on 23rd August 1986.
A long term knee injury plagued him in 1988, a problem that required surgery on three occasions. Batty became more of a squad player in his final two seasons at St James’ Park, but nonetheless made 20 appearances and scored two goals as the Grecians romped to the Fourth Division championship.

He joined Cambridge United on loan in March 1990, but returned very quickly after not figuring in four of their first team matches and left without playing for them. The midfielder left City in March 1991 on a free transfer, as he signed for Yeovil Town just hours before the transfer deadline. He then moved to Bath City in August 1993, where played for one season before moving to Salisbury City in the summer of 1994. 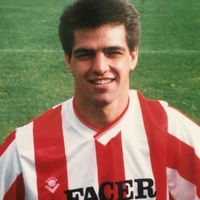 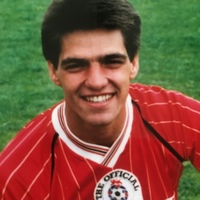 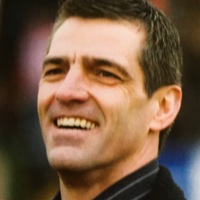 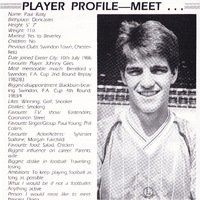 Batty had one season with Bath City, moving to Salisbury City in the summer of 1994.