Richard Baugh attended Aldenham School in Hertfordshire, before going to St Luke’s College in Exeter, where he played in goal for the college team.

He was signed by Exeter City on non-contract forms in March 1977 and was thrust almost immediately into their promotion campaign in the old Fourth Division as regular Grecians keeper, Richard Key, broke an ankle in the 2-0 defeat at Crewe Alexandra.

Richard played the final 15 games of the season, keeping 8 team sheets as Exeter finished second and clinched promotion. His debut came against Scunthorpe United and City crashed to a 4-1 defeat at the Old Show Ground.

One of his saves

After two seasons with City, Richard decided to leave the game to pursue his career in teaching and eventually became Headmaster of The Dragon School, Oxford. (Over the years it has taught Old Dragons as diverse as John Betjeman and Leonard Cheshire, Hugh Gaitskell and Antonia Fraser, Tim Henman and Peter Jay, Hugh Laurie and Christopher Cazenove, and generations of lawyers, businessmen, musicians and scientists.)

Richard Baugh was living in Oxford in 2010. 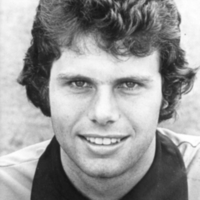 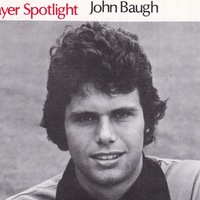