Baugh was part of a footballing family, his father having played for Wolverhampton Wanderers and England, and who had figured in three FA Cup Finals. Baugh junior was signed by Exeter City from West Bromwich Albion in May 1929.

It was reported that City supporters would be impressed with Baugh’s timing of his clearances and his all-round efficiency, plus his ‘absolute fearlessness.’

When Baugh was demobbed after the First World War, he returned to his Wolverhampton home and was signed, like his father had been, by the Wanderers, appearing in the pre-season trial matches organised by Wolves in 1919. He had previously played with Wolverhampton junior side, Stafford Road.

He went on to make 108 league appearances for Wolves scoring 4 goals, although his greatest disappointment was having to drop out of the team for the 1921 FA Cup Final, due to injury.

He then spent the 1923-24 season with Cardiff City, but never broke into their first team and returned to the West Midlands in 1924 to sign for West Bromwich Albion where made 62 league outings before linking up with the Grecians.

Baugh made his league debut for Exeter City against Swindon Town at St James’ Park in November 1929, a game that City won 5-1. However, in the following season he played a major part in the Grecians run to the quarter-final stage of the FA Cup.

Leaving the club in January 1932, he once again returned to the West Midlands area and then signed for Kidderminster Harriers.

He remained with the Harriers until retiring from playing in April 1936. Baugh died in 1972. 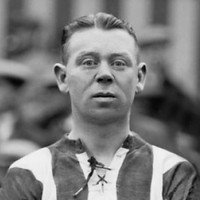 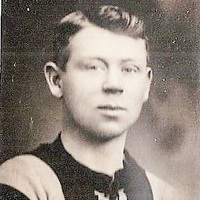 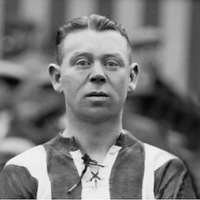