Bayes began his career as an apprentice at Brentford where he won international honours for England at youth level.

He made his league debut against Preston North End in March 1990, earning a full contract two months later.

He moved to Torquay United in August 1993 where his senior career took off as he became the Gulls regular keeper, including playing in the play-offs against Preston North End.

After 97 games for Torquay, he moved on a free transfer to Exeter City in July 1996.

His performances earned him the 1998-99 club Player of the Year award.

At the end of the 1998-99 season, after 127 league games, Bayes turned down a new two year contract with Exeter, joining Leyton Orient in July 1999.

He left Orient on a free transfer joining Irish side Bohemians in June 2002. Bayes won a league winning medal that season. However, in March 2003 he returned to England to sign for Woking.

After turning down a new contract with the Conference club, he signed for Hornchurch in May 2004, but the move turned into a nightmare as he, along with many other players left due the club’s financial problems, and Bayes then joined Grays Athletic in November 2004.

Bayes played in the 2005 FA Trophy Final for Grays and picked up a winners medal.

He repeated the feat 12 months later. But the keeper was released by Grays at the end of the 2006-07 season, and although linked with a move back to Exeter City, eventually signed for Crawley Town.

The following season (2008-09) he signed for Stevenage Borough and stayed with them until June 2011, when he decided to pursue a coaching career, and also sign for Basingstoke Town. He was also appointed part time goalkeeping coach to Aldershot Town.

Ashley Bayes signed for AFC Wimbledon as a player-coach under manager Neal Ardley in the Summer of 2013. 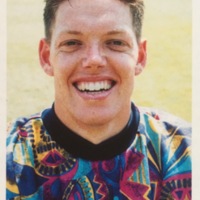 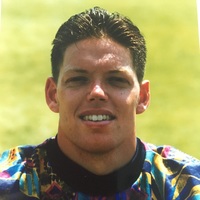