City groundsman Sonny Clarke took then Exeter manager Norman Dodgin on the back of his motorbike to see Colin in May 1956, who was at the time living in Sampford Courtney.

He agreed to sign part-time professional forms, and when he signed the press wrote the following
"One of the most promising young players on Exeter City's books, Colin Beer, who has signed part-time professional forms, now lives and work Sampford Courtenay. Ideally built for the centre-forward position, he already shows many intelligent touches, and with regular coaching and training he has a great chance of making the grade."

Colin made his Football League debut for the Grecians in a 6-1 home win against Southend United in September 1956, and could not have wished for a better start as he netted twice. These were, however, the only goals he was to score for the first team.

Colin then  signed for Western League Bideford in July 1958. He stayed with the North Devon club for four seasons making 175 appearances for them. In early the 1960's he scored a goal for Bideford in under 10 seconds, against Bristol Rovers Colts.

In 1962-63 he  linked up with Bridgwater Town, but only had the one season there before returning to play in local football in Okehampton. He later became involved with the Okehampton Argyle club, where he was secretary and still working on their behalf on fundraising in 2009. 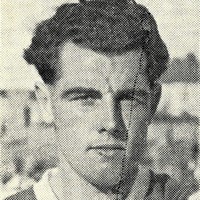 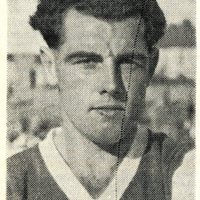 Colin Beer was my dad and football was his absolute passion. So nice to see nice words about him and proud. Thank you. He was a brilliant footballer.