James "Daisy" Bell was a very prolific goal scorer for the Grecians scoring 63 goals from 119 a ratio of goal every 1.88 games, He topped the scoring charts in all three of the seasons he spent at St James’ Park, with 22, 15 and 14 Southern League goals respectively He scored six times in the Grecians thrashing of Weymouth in the F.A Cup and was also the first City player ever to score a hat-trick in a Southern League match against Leyton.

Yet prior to signing for City in the summer of 1908, he had played for a number of clubs without too much success.
Nicknamed ‘Daisy’ he quickly became known for his wit amongst the rest of the City team.

Born in Eston, a village near Middlesbrough, Bell joined Grangetown FC at the age of 16. Three years later, in 1904, he was snapped up by Middlesbrough. He scored four goals in 10 Football League appearances for them. His career ended at 'Boro with the arrival of Alf Common from Derby County, who commanded the first £1,000 transfer fee.


After a short spell with his village club, Eston, he signed for Barrow who then played in the Lancashire Combination, scoring 34 goals in 78 games. His contract shows that he was paid £2.10s per week.

It was from there that the Grecians obtained his signature. On leaving Exeter at the end of the 1910-11 season, he joined Portsmouth, scoring two goals in four games. Bell had a second spell at Barrow between 1911 and 1917, where he featured in 146 games and scored over 70 goals. By April 1924, Bell was living in Michigan, in the United States, where he worked for General Motors and he was still there in 1928.

He returned to England and lived Luton, working for Vauxhall Motors until his retirement. According to his son Terry, his nickname was because James was always singing a popular song of the time. "Daisy Bell"(Bicycle Built for Two) written in 1892 by British songwriter Harry Dacre, with the well-known chorus, "Daisy, Daisy Give me your answer, do. I'm half crazy all for the love of you". 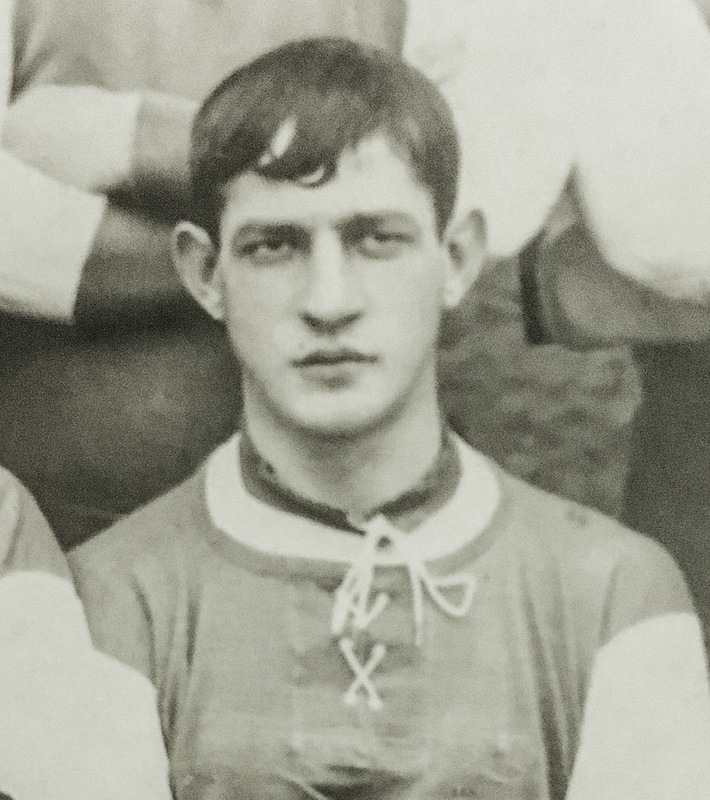