A member of Exeter City’s Fourth Division championship winning squad of 1989-90, Benjamin actually left the club before the season ended to sign for Southend United.

Benjamin began his playing career with Sheffield United, but even though he had only played 5 league matches for them, scoring three goals, West Bromwich Albion still had to part with £100,000 for his signature in August 1979; it proved to be a very expensive signing as he only featured in 2 league games for them.

Joining Notts County on a free transfer in February 1982, he moved on to Peterborough United six months later without playing a league game for them.

His career finally took off with the Posh and a return of 14 goals in 80 league outings then took him to Northampton Town in August 1984 where he enjoyed the best spell of his career, rattling in 58 goals in 150 league matches.

After signing for Cambridge United in October 1987 and then for Chester City in July 1988, Benjamin moved to St James’ Park in February 1989 to make his league debut for the Grecians in a 2-1 home win over Darlington.

Benjamin, who still had a house in Cambridge, whilst renting a property in Devon, cited that as one of the reasons for leaving Exeter for Southend on a free transfer in February 1990.

Benjamin continued his travels by linking up with Luton Town (signing in November 1992), Brentford (September 1993) and finally onto Wigan Athletic in September 1994.

His first managers job was with Corby Town in the late 90's.

He then played and managed Worboys Town, whilst working for the Royal Mail, before joining Soham Town as a player then manager.

In January 2002 Benjamin was appointed manager of Wisbech Town

He returned to Soham Town at the start of the 2005–06 season and led the club to their first Eastern Counties League title in 2007-08 earning promotion to the Southern League. He left Soham in 2011, after which he worked as a youth coach for Northampton Town and for Swindon Town as a scout.

In June 2015 he was appointed manager of Yaxley In March 2016 Benjamin resigned as Yaxley manager. In June 2016 he became manager of Stewart's and Lloyd, Corby where he remained in post until resigning in December 2017. 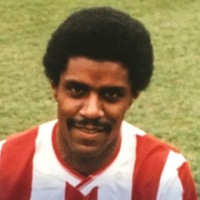 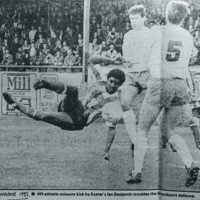 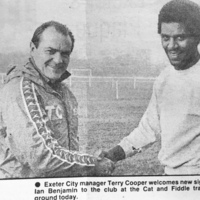 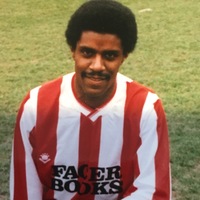