A real football man both as player, manager and coach, Benson appeared just four times for Exeter City whilst on loan from AFC Bournemouth in March 1973.

His career started with the signing of apprentice forms for Manchester City, after he had starred for the Stockport Boys team.

His first full contract followed in July 1961 and he went on to make 44 league outings for the club.

Benson moved to Torquay United in June 1964 where he won a regular place in their side and was a member of the 1965-66 promotion winning team. He featured in 240 league matches for Torquay, scoring seven goals.

He then moved to AFC Bournemouth in October 1970, where he captained the side. In total he played 92 league matches for the Cherries.

Signing for Exeter on loan, he made his debut for the Grecians in a 1-0 defeat at Hereford United on 10th March 1973.

He then subsequently played against Bury, Doncaster Rovers and Newport County, but never featured in a winning City team.

Benson signed for Norwich City in December 1973, scoring one goal in 30 league appearances, before moving back to Bournemouth for a second spell at the club in January 1975, but this time as player-manager.

In January 1979 Benson returned to Norwich City as youth team coach and scout under his former Bournemouth manager John Bond.

The pair moved to Manchester City in October 1980, Benson as assistant manager.

Benson briefly took over as manager when Bond was dismissed in February 1983, but he was only in charge for four months before leaving Maine Road.

He linked up with Bond again at Burnley to become team coach, and ironically replaced Bond once more as manager in August 1984.

After leaving Burnley in May 1985, Benson then had coaching appointments in Dubai and with Al Nasa in Kuwait.

He was appointed chief scout at Barnsley, a post he held until April 1984, when he was back at Norwich City assisting manager John Deehan.

Deehan later became manager of Wigan Athletic and Benson moved with him to become his assistant in October 1995.

He had a spell as caretaker boss when Deehan left in the summer of 1998 and turned down the job on a permanent basis due to health reasons.

There was a change of mind though, for in June 1999, Benson became manager of Wigan Athletic.

His appointment was a short one, when he became General Manager at the club in June 2000.

With Steve Bruce becoming manager of the Latics in April 2001, Benson filled the position of Youth Development Officer.

He subsequently became Director of Football, only to leave Wigan to later link up with Bruce once more as General Manager at Birmingham City.

Benson’s next move was back to Wigan in June 2006 in an administrative capacity and in season 2008-09 he had the title of General Manager.

Benson moved to Sunderland in the summer of 2010 to link up again with Steve Bruce. 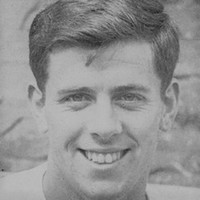 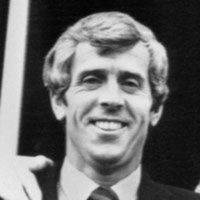