In 1992/93 Exeter Rangers became Division 2 runners up which earned a promotion back to Division 1. Rangers also won the Division 2 Cup by beating Swansea 4-2.

Despite their final league placing, Exeter Rangers made an indifferent start to the season's campaign, losing three out of four of their opening fixtures. They then ran into some good form with ten consecutive league victories. This run was only brought to a halt with a home draw against runaway leaders Swansea, their opponents in the Division 2 Cup Final. 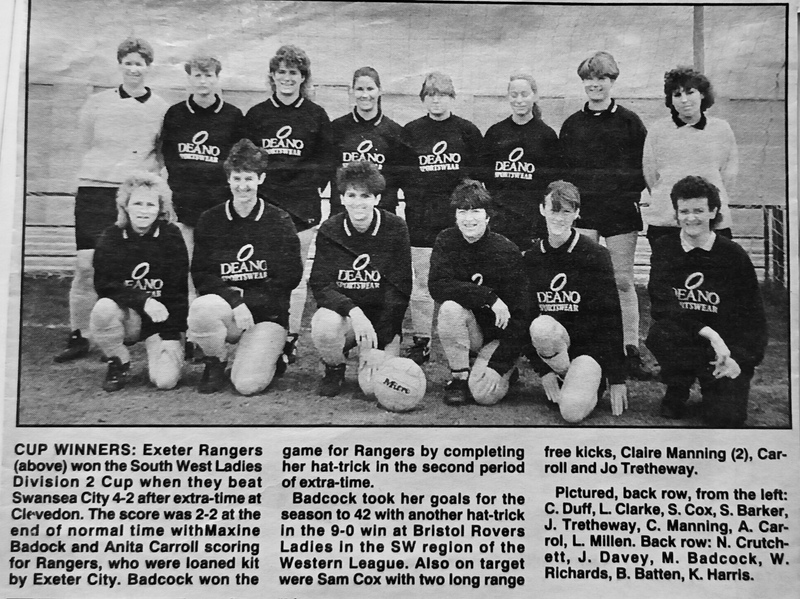