One of Exeter City’s all time goal scoring legends, Fred Binney played in the Football League for all three of Devon’s senior clubs. He was a prolific goal scorer in junior football whilst playing for CM Department and was signed by Launceston of the South Western League.

He became an apprentice at Devonport Dockyard whilst continuing to play for Launceston and Wednesday league side, John Conway. It was whilst playing for the latter that he was spotted by Torquay United and signed on amateur forms. Turning professional in October 1966, Fred was a regular scorer for Torquay's Western League reserve side. He was kept out of the first team by the form of United’s legendary Robin Stubbs and only made a handful of senior outings.

He was loaned to Exeter City in February 1969 and immediately showed what a talent he was by netting 11 times in 17 league games. His debut for the Grecians was in a 4-2 home win over Bradford Park Avenue, Fred scoring one of the goals. Returning to Torquay, he still could not break into their side, and so the Grecians were delighted to get his signature on a more permanent basis in March 1970 when he returned to St James’ Park for a fee of £4,000. What a bargain it proved to be.

Although he asked for a transfer in September 1971, the following season Fred scored 28 league goals for Exeter, making him the joint-top goal scorer for the season in the entire Football League. The following season, he was voted the PFA Division Four Player of the Year as he scored another 25 times. With this sort of goal scoring form it was no surprise that other clubs started to take notice, and City turned down an offer from Swindon Town in November 1973 reported to be between £35,000 and £40,000.

However, in May 1974 he signed for then Brighton & Hove Albion manager, Brian Clough, after being watched by Peter Taylor, for a fee of £25,000 and two players moving to Exeter as part of the deal, namely John Templeman and Lammie Robertson.

His second season at the Goldstone Ground was his most successful; Fred scoring 23 league goals as Brighton narrowly missed out on promotion.

In 1977, after 35 league goals in just 70 games and after helping Brighton to promotion in his final season, he moved to the United States, signing for St Louis Stars.

He returned to Devon in October 1977 when linking up with Plymouth Argyle on a free transfer. After taking a while to settle back into the routine, Fred netted 28 goals in 1978-79, which won him the club’s Player of the Year honour.

In January 1980, he was transferred to Hereford United, where he also took his coaching qualifications. After scoring 6 goals in 27 league matches he was appointed assistant manager at Hereford to Frank Lord. When Frank left to take up an appointment in Malaysia, Fred followed working for the national team.

He was back at St James’ Park though in 1985 as he became an assistant to manager Colin Appleton.

When Appleton was sacked in December 1987, Fred also left, becoming Recreation Officer at Plymouth University where he later became President and coach of the University of Plymouth football club. 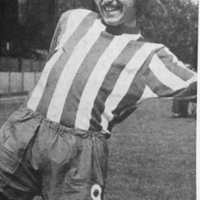 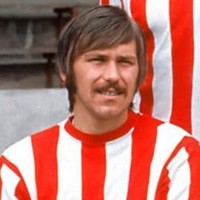 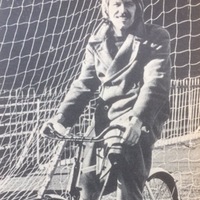 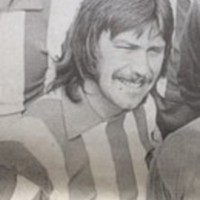 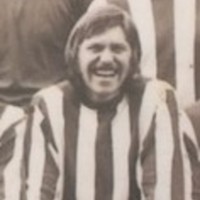 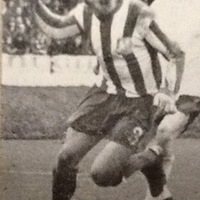 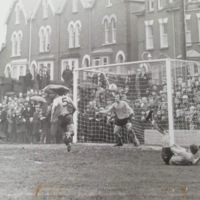 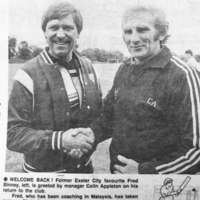 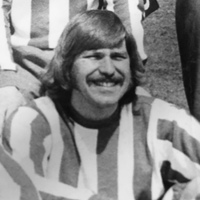 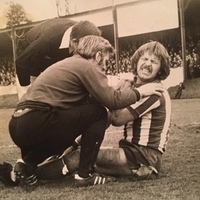 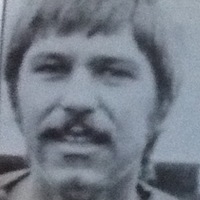 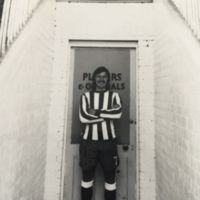 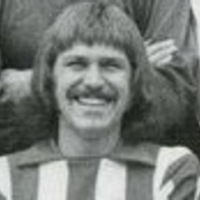 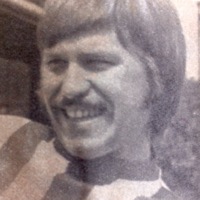 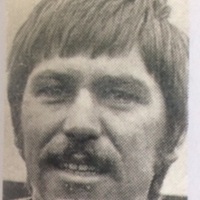