A former England youth international, Birch commenced his career in the junior teams at Manchester United.

He signed a full contract in May 1949 and went on to score four goals in eleven league appearances.

He was then transferred to Wolverhampton Wanderers in March 1952, but was to only stay at Molineux for nine months, during which time he netted once in three league outings.

Birch moved to Lincoln City where he immediately established himself in the first team.

He scored 16 goals in 56 league starts but dropped into non-league football in the summer of 1955 when linking up with Boston United.

Barrow brought him back to the Football League, however, in August 1956 and he paid them back with 27 goals in 60 league appearances.

Birch made the long trip to the other end of the country to sign for Exeter City in September 1958 for a fee of £3,000, in time to make his debut for the Grecians in a 2-2 draw against Torquay United at St James’ Park.

He struggled to make an impression due to injury at City though and by the end of his first season he had only made seven appearances, scoring once, against Gillingham in his second game.

He asked to be transfer listed in November 1959 as he wasn’t happy with reserve team football and in January 1960 he was on his way back north to sign for Oldham Athletic where he reunited with manager Norman Dodgin, who had originally signed the player for the Grecians.

Birch spent fourteen months at Oldham, scoring 11 goals in 35 league matches, then making the short move to Rochdale in March 1961, where he ended his league career with one goal in eleven starts. After leaving Rochdale, Birch played for Mossley.

Birch then took up a coaching career that took him to many diverse places, including the Philippines, Australia and Turkey. 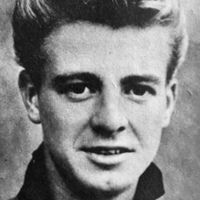 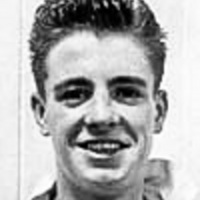