Birch is one of those rare players who has enjoyed two spells on loan at Exeter City.

Beginning his career with Walsall as a trainee, where he was highly rated, he signed a full contract for the Saddlers in October 1998 and eventually totalled 68 league appearances for the club, scoring seven goals.

The first of his loan spells at St James’ Park commenced in March 2001, when he made his Grecians’ debut as a substitute in a 2-1 home win over Kidderminster Harriers.

Scoring twice in nine first team outings, Birch returned to Walsall at the end of the season.

He was back at the Park though in August 2001 for another loan spell, and this time failed to hit the target in five starts and ten substitute appearances.

His loan travels were not over though, as Walsall allowed him to make a temporary move to Barnsley in March 2004, where he scored twice in eight appearances.

In December 2004, Birch left Walsall to sign for Kidderminster Harriers.

After being loaned to Nuneaton Borough, he then played for Lincoln City and Hucknall Town (on loan), prior to signing for AFC Telford United in January 2007.

Birch was further loaned out to Rushall Olympic in September 2007, and then signed for Chasetown.
He departed from the club in June 2012 and signed for Solihull Moors.

In October 2014 he was appointed manager of Lichfield City departing in May 2016.

In November 2016 he joined Hednesford Town as assistant manager to Paul Casey and In March 2017, Birch was appointed permanent manager of the club. 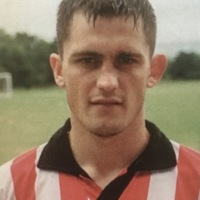 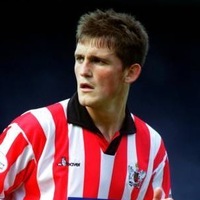