After playing local football for Silverton United, Harold Blackmore joined Exeter City in the summer 1924, although he had played two matches for the City reserve team in 1923-24 as an amateur. On signing it was reported: ‘With the right training it is thought he could develop into a very good player. Among his attributes, he is a possessor of a cracking left foot shot.’ He made his league debut for the Grecians in a 1-0 home win against Swindon Town in October 1924, and went on to make 11 appearances, scoring six goals. He did even better in 1925-26 with 14 goals in 27 appearances and by the time he reached the following season, the goals were flowing with regularity, as he notched 25 in 33 starts.

In April 1927, Harold moved to Bolton Wanderers for a fee of £2,150, where he played in the same team as ex-Grecian goalkeeper Dick Pym.

He  quickly settled in to net 8 goals in 12 appearances. The 1928-29 season saw him score 37 goals in 43 league and cup outings for Bolton and he was also in the Cup Final side that beat Portsmouth 2-0, scoring one of the goals, Harold had scored 111 goals in 153 games for Bolton by the time he left the club in 1932 to sign for Middlesbrough. After 19 games and nine goals, he moved on to sign for Bradford Park Avenue where he again got amongst the goals hitting 32 in 60 league appearances.

In 1934, Harold moved to Bury, which was to be his last league club, and he managed four goals in six outings. He then moved back to Devon and after contemplating taking on a pub, opened a butcher’s shop in South Street, Exeter, with his wife, Doris. The shop was bombed during the Second World War, but the business reopened again in West Street and eventually moved to May Street, before it was later handed on to their two sons.

In 1994/95 the Bolton Wanderer's programme had the following article

"During 1923/24 Exeter City had managed to score only four goals on their away travels including a spell that saw them score in only one of eleven consecutive games home and away.

The arrival of Silverton born forward Harold Blackmore was to help change the fortunes of the Third Division South club the following season.

His first League goal came in November 1924 when he found the net in a 3-1 away defeat at Aberdare Athletic. During 1925/26 he helped himself to three League hat tricks in 6-1 home successes against Watford and Brentford and a 5-3 defeat of Charlton Athletic.

These feats had attracted many top clubs and during 1926/27 he had scored 25 League goals when the Wanderers visited Exeter in March 1927 for a benefit game on behalf of City's, Robert Pollard.

Exeter won that game 3-2 with Blackmore scoring two of the goals and immediately afterwards the Wanderers secured his signature for a fee of £2,250.

He made his Bolton debut on 2nd April 1927 scoring after only five minutes to help the Wanderers to a 3-2 Burnden win over Sheffield Wednesday.

During 1928/29 he scored 30 League goals in 35 appearances, this figure including two hat tricks in successive games in victories over Portsmouth and Aston Villa in October 1928. The same season he scored 7 goals in 8 FA Cup appearances including one in the final at Wembley which helped defeat Portsmouth 2-0.

During 1929/30 he again netted 30 League goals in a season this time from 38 appearances which included a haul of 4 goals in a 5-0 defeat of Everton at Burnden in December 1929.

The following season he grabbed a more modest 27 League goals in 40 appearances but this included a run of scoring in 7 consecutive games be tween February and April 1931 and indeed failed to score in only 6 of the club's final 23 League and Cup fixtures that season.

During 1931/32 he was displaced in the side by Jack Milsom but still managed a tally of 13 League goals the last coming in January 1932, strangely where it had all began, with the Wanderers at home to Sheffield Wednesday in what turned out to be a 4-2 reverse."

In June 1932 he was transferred to Middlesbrough but after only one season joined Bradford. He scored 30 goals in 59 games for them and then had a short spell at Bury in 1935 before returning to Exeter where he opened a butchers shop with his brother-in law.
Harold died in December 1989, following a battle with a long illness. 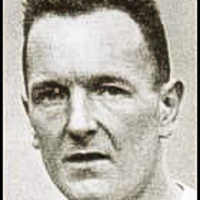 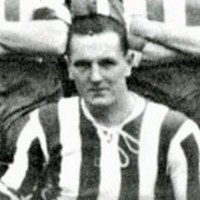 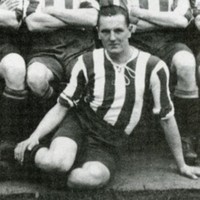 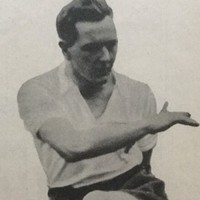 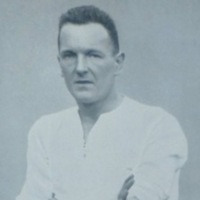 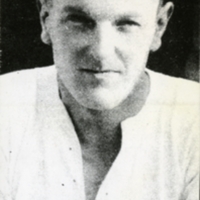 Hi this was my grandfather I have lots of memorabilia , I will pop along sometime and have achat

Can you get in touch, by e-mailing the history group.

Harold had two sons John and Brian I went to school with them in the 1950,s Mount Radford School