Exeter did not take part before 1976, having only formed in 1975, The Womens FA Cup was played for the first time in 1970/71: In the first WFA Cup Final, Southampton beat Stewarton and Thistle 4-1.

This game began with Illogan applying all their effort to control the game right from the whistle. Throughout the first twenty minutes Exeter defended vigorously, doing all that was asked of them and continued to soak up all attacks effectively. The first goal came in the twenty-fifth minute, with Exeter making the most of a counter attack and scoring with a well taken goal, to open up the score sheet. Again Illogan came back with attack after attack, but Exeters' experience stood up well, and again breaking through from defence, building up with sharp passing with first class results, a goal.

With another goal, just before half-time, Exeter went into the changing rooms with a commanding lead. Illogan came out in the second half determined that their first time efforts would eventually be rewarded, and sure enough they were. Exeter then scored again, but still Illogan pushed forward and again pulled back another goal. With fifteen minutes to go Annie collided with another player and sadly was carried off unconscious, this left Exeter soaking up immense pressure, and again Illogan with a high dipping ball, scored just five minutes from time. The score 4-3 Exeter stayed calm and played very good defensive play, with the reward when the whistle finally blew of a place in the last sixteen.

All credit goes to the defence for not crumbling under the pressure, and to all the team for playing together with determination, to bring off a warming result.

Exeter did not take part before 1976, having only formed in 1975, The Womens FA Cup was played for the first time in 1970/71: In the first WFA Cup Final, Southampton beat Stewarton and Thistle 4-1. 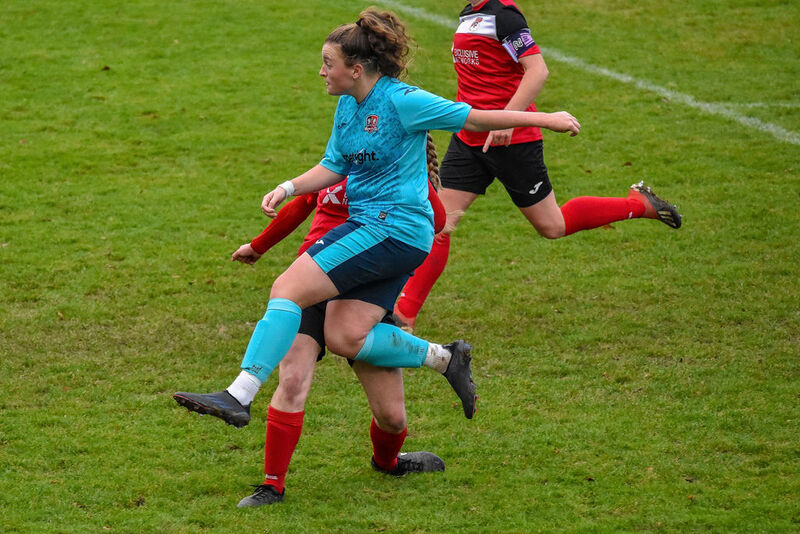