This appeared in the programme against Frome  in early October.
Welcome.

"Today we warmly welcome Frome Ladies, supporters and officials. Our match is the 2nd Round of the W.F.A. Cup. Frome have grown from strength to strength over the years and last season defeated us in a couple of games, both in the cup and league. With their players being both young, enthusiastic, also experienced and hard working. Frome did well last year in this cup, and as we did, got into the national draw, but unfortunately were stopped as we were and lost. However both teams will be out to win and I'm sure this will result in a good entertaining match. Good Luck to both teams and I hope you all enjoy the game."

If I had to forget, or could forget, our bad performances, this would certainly be on the list. The game started off & was literally hit and run, by both teams, there was absolutely no control over our passing and the ball was spending most of the time in the air. Although Plymouth's standard of football was not that good, we as a team allowed ourselves to be brought down to their standard 9 and in the 10 minutes of the first half our lack of enthusiasm and consentration allowed Plymouth to gain a Penalty, which started off the score sheet. It was'nt long before we won the ball in midfield and then Mandy L. put a ball through to Penny who nicely angled the ball pass the keeper and into the back of the net, to even the score. The game was a big struggle and with 5 minutes. to go, we allowed Plymouth to have enough space to power the ball into the top of the net for their second goal. In the second half we tried hard to gain control of the game, but really it wasn't until the last 15 minutes, that we actually started being positive enough to threaten Plymouth with any good or reasonable play. With 10 minutes to go a high ball from Jackie T., which Penny took on and did very well to steer pass Plymouth's keeper. We ended up on an even keel, but we have to face the 2nd leg at Plymouth and we have to at least score 3 goals to get through to the next round. Nothings impossible and if we play as well as we can their is no reason why we can't go to the next round. I.M.A. PENNY WILSON 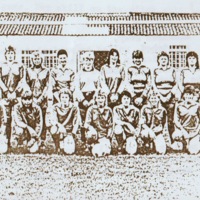 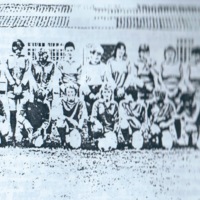