Symon Burgher was a very talented player who had been signed by Exeter City, firstly as a schoolboy on his 14th birthday and then as an apprentice.

He made 16 appearances, scoring seven goals for Exeter City in the Devon and Exeter Premier League in 1984/85.

He became a full professional in February 1985 and made his debut for the Grecians a few days earlier when he lined up against Aldershot at St James’ Park in a 3-0 win. Despite seemingly having a promising footballing career ahead of him, he asked to be released at the end of the season so he could follow his religious beliefs with the Seventh Day Adventist Church which prevented him from playing on Saturday afternoons. Symon returned to the West Midlands and played non-league football, but only in midweek matches, notably for Bromsgrove Rovers until 1995.

He was playing for Bilston Town in season 1999-2000, but was axed by them because of not being available on Saturdays. He then played for Warley Rangers in the Banks's Brewery League Premier Division, and was at Shifnal Town in 2001-02. Symon went into teaching in the Midlands. And was reported to be an Assistant Vice Principal. 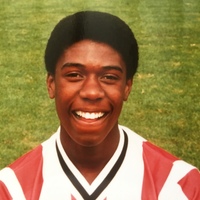 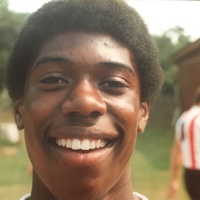 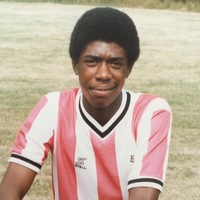